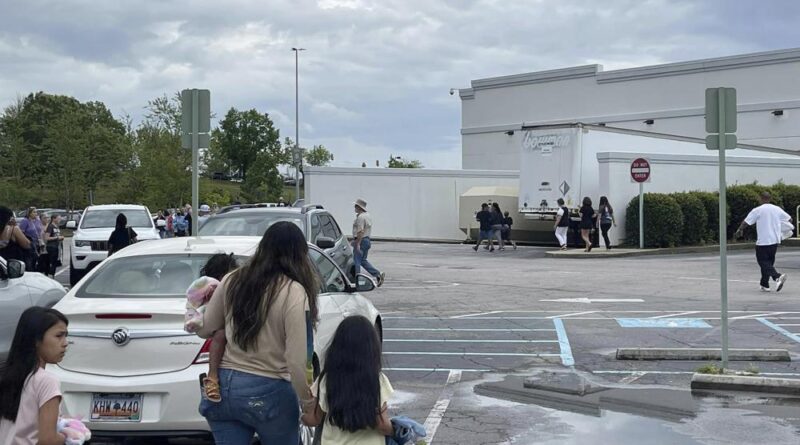 COLUMBIA, S.C. (AP) — Ten people were shot and two others injured in a shooting at a busy shopping mall in South Carolina’s capital that authorities do not believe was a random attack. 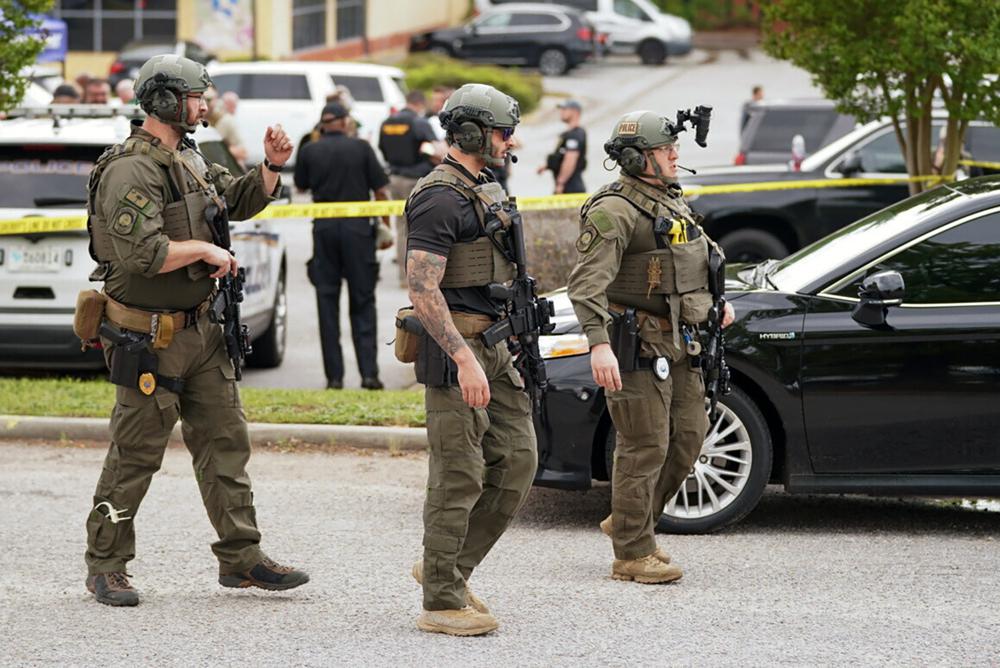 Three people who had firearms have been detained in connection with the Saturday afternoon shooting at Columbiana Centre, Columbia Police Chief W.H. “Skip” Holbrook said. He said at least one of those three people fired a weapon.

“We don’t believe this was random,” Holbrook said. “We believe they knew each other and something led to the gunfire.”

Authorities said no fatalities have been reported but that eight of the victims were taken to the hospital. Of those eight, two were in critical condition and six were in stable condition, Holbrook said. The victims ranged in age from 15 to 73, he said.

Daniel Johnson said he and his family were visiting from Alabama and were eating in the food court when they first heard shots ring out and started seeing people running. 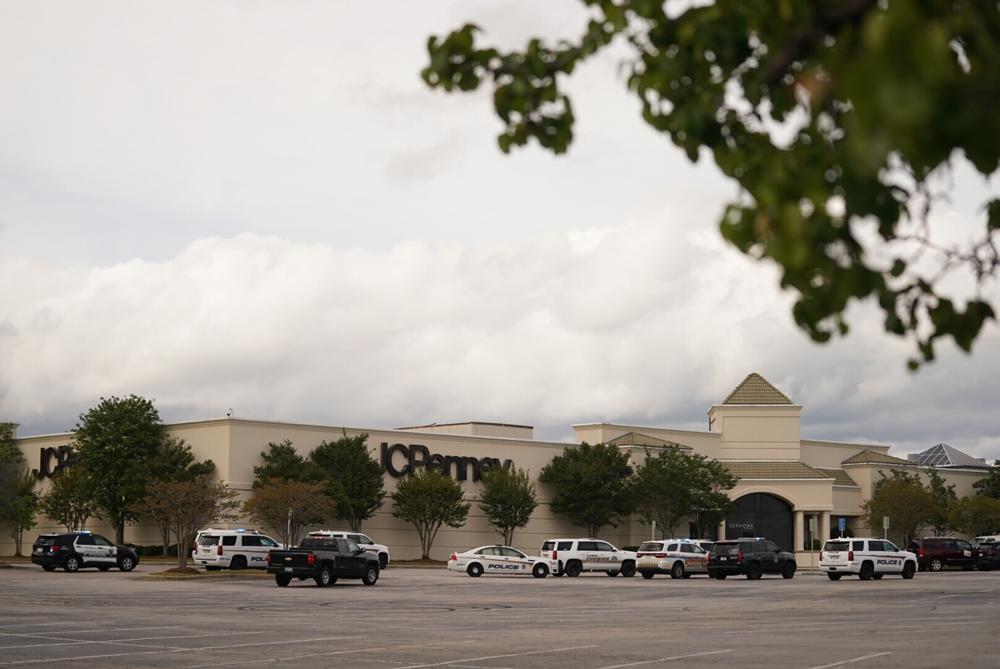 Johnson said people were screaming for their children and spouses, knocking over tables in the food court as they fled.

“Everybody was trying to get outside,” Johnson said. “When I was coming out, you could see baby strollers turned over, people’s phones and left keys. It was kind of a hectic situation.” 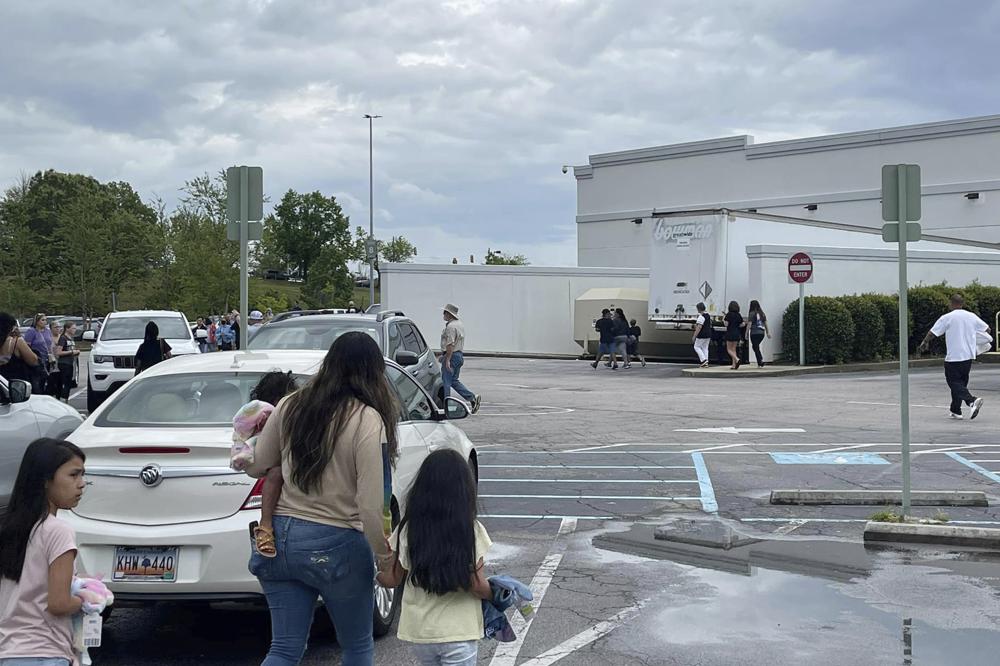 Johnson said he gathered his wife, daughter and son and began heading toward the exit after letting the crowd clear out for a bit.

“My biggest thing was — and not to sound selfish — was to make sure that our family was OK and to get them out safely because this is not something that we love to do for Easter weekend.”

Heavy police presence continued in the area hours after the shooting, though officers began letting more traffic through the streets surrounding the shopping centers and strip malls that are usually packed on weekends. Officers were also stationed outside a nearby hotel designated as a reunification area for people at the scene of the shooting and their families. 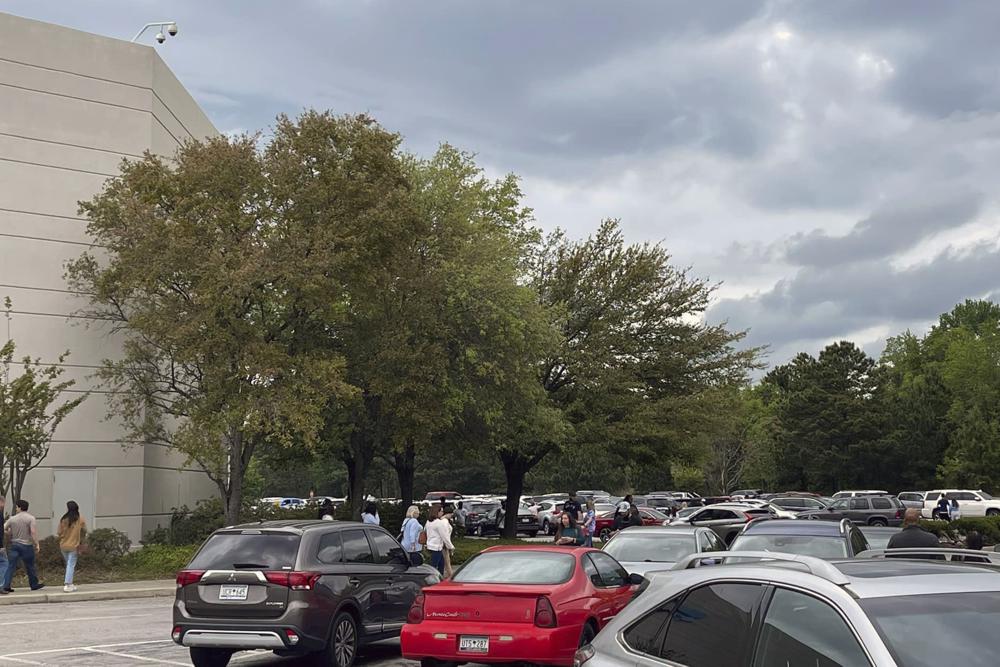 Workers from a couple of stores remained clustered in the mostly empty parking lot Saturday evening, waiting for police to let them back inside to retrieve their car keys and personal belongings so they could leave. They said they did not hear or see anything during the shooting but followed the mall’s alert system and were evacuated by police shortly after. They declined to give their names, citing company policies.

“Today’s isolated, senseless act of violence is extremely upsetting and our thoughts are with everyone impacted,” Columbiana Centre said in a statement. “We are grateful for the quick response and continued support of our security team and our partners in law enforcement.”

The shooting is the latest in a rash of shootings at or near malls across the country. 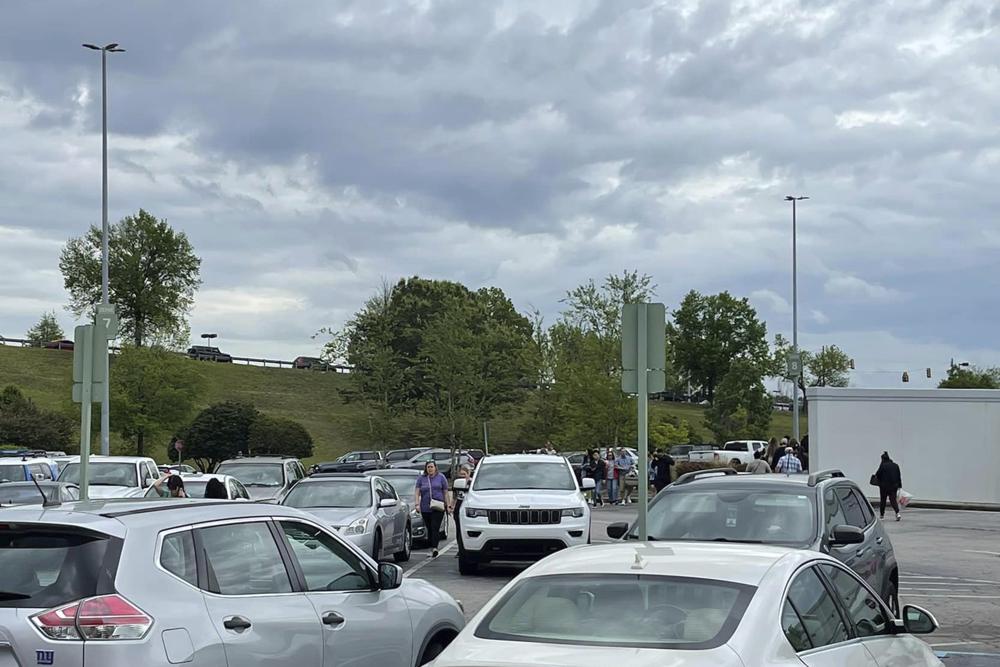 A 15-year-old boy was shot in the head Wednesday outside Brooklyn’s Atlantic Terminal Mall. His injuries were not believed to be life-threatening. Officials said he was with a group of boys when they got into a dispute with a second group.

On Tuesday, a Southern California shoe store owner mistakenly shot a 9-year-old girl while firing at two shoplifters at the Mall of Victor Valley, police said.

And earlier this month, police said six people were killed and 12 others wounded in Sacramento, California, during a gunfight between rival gangs as bars closed in a busy area near the Downtown Commons shopping mall and the state Capitol.