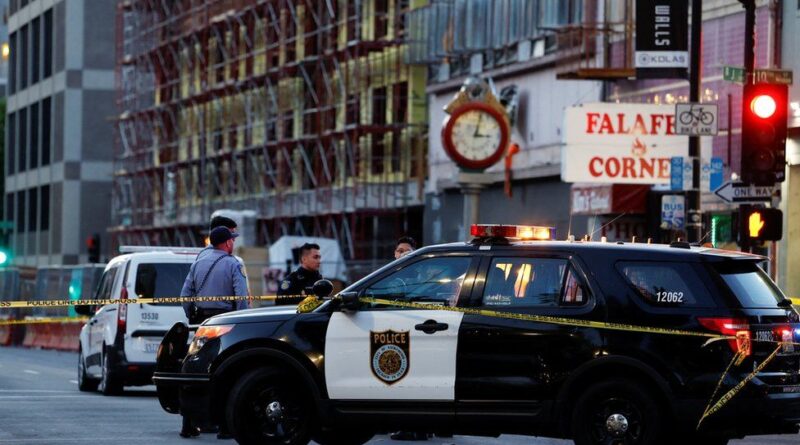 Shortly after 1 a.m. on Saturday, Toronto police were called to a parking lot near Markham Road and Lawrence Avenue East with reports of a “drive-by shooting.”

Two were taken straight to city trauma centres, he said, while the other two were taken to a local hospital with serious but not life-threatening injuries.

“Suspect has fled in what appears to be a blue domestic car,” Hopkinson said, although at this stage of the investigation he noted that police are still “confirming” some of the facts.

Bullet casings and bullet holes have been found at the scene.