A sixth child has died following the tragedy at Hillcrest Primary School on Thursday.

The victim was an 11-year-old boy named Chace Harrison.

His name joins those of Addison Stewart, 11, Zane Mellor, 12, Jye Sheehan, 12, Jalailah Jayne-Maree Jones, 12, and Peter Dodt, 12 who lost their lives when a gust of wind caused a jumping castle and several inflatable “zorb” balls to lift into the air.

Chace Harrison was fighting for his life at the Royal Hobart Hospital following the incidents on Thursday morning.

Tasmania Police Commissioner Darren Hine, who announced the death, said Chace’s loved ones had travelled to Hobart to be by his side, and were there when he died a short time before 3.30pm.

Commissioner Hine said support was being “wrapped around” the family to “help them deal with this unbelievable and traumatic situation”.

Two more children remain in hospital in a critical condition and one further child is recovering at their home.

Commissioner Darren Hine announced the death on Sunday afternoon the boy had died at the Royal Hobart Hospital.

Our thoughts continue to be with his family, and all other families and the loved ones of the children involved,” he said.

Commissioner Hine could not put a timeline on when investigations into the incident would conclude, but said it would be a priority for Tasmania Police.

“We are working tirelessly with all parties concerned to ensure the extensive investigation is completed as a matter of priority for the coroner,” he said.

“Their priority will be to interview all witnesses, gather and analyse forensic evidence and all environmental aspects including weather patterns and conditions at the time of this incident.”

That priority, he said, would mean four forensic child interviewers from NSW Police would be brought to Tasmania immediately.

“Given the magnitude of this incident and the need to speak to a large number of children within a short period of time, we have accepted [a NSW Police offer],” Commissioner Hine said.

“Four forensic child interviewers will travel to Tasmania today to help conduct interviews with young witnesses over the coming days.”

On Sunday, the Devonport community continued to pay its respects by placing teddy bears, flowers, notes and home made tributes bearing the children’s names at the school.

A GoFundMe page for the families has reached more than $1.2 million and a public fund has been established to aid the families.

Commissioner Hine said continued support would be offered by Tasmania Police to the community.

He said a “cross agency social recovery committee” was conducting a “needs assessment” to ensure the recovery effort would be deliberate and adequate.

“The whole community, and particularly the Devonport region, is feeling this loss deeply,” he said.

“The loss of six young lives will be felt for a very long time.”

Premier Peter Gutwein expressed his condolences to the family of Chace Harrison, something he then extended to all of the families and loved ones who lost children in the tragedy.

“We will continue to provide whatever support we can to those directly impacted. The students, the staff, the broader community and to our emergency services and our first responders,” he said.

The state’s top cop said the investigation into the incident in conjunction with WorkSafe Tasmania was ongoing and would be for some time.

“We are working tirelessly with all parties concerned to ensure the extensive investigation is completed as a matter of priority for the coroner,” he said.

“Their priority will be to interview all witnesses, gather and analyse forensic evidence at all in biomedical aspects including weather patterns and conditions of the time of this incident.”

Given the magnitude of what happened and the need to speak to a large number of traumatised children within a short period of time, Tasmanian detectives have accepted an offer of help from NSW police.

Four forensic child interviewers will travel to the island state from Sydney over the coming days.

“I am certain all Tasmanians share with me a deep sadness and heartache that young Chase Harrison, another child involved in this terrible tragedy, has now passed away,” Premier Peter Gutwein said.

“I know that our community, which is so connected, will be deeply saddened, for the family involved and indeed all the families of the now six children who have lost their lives.” 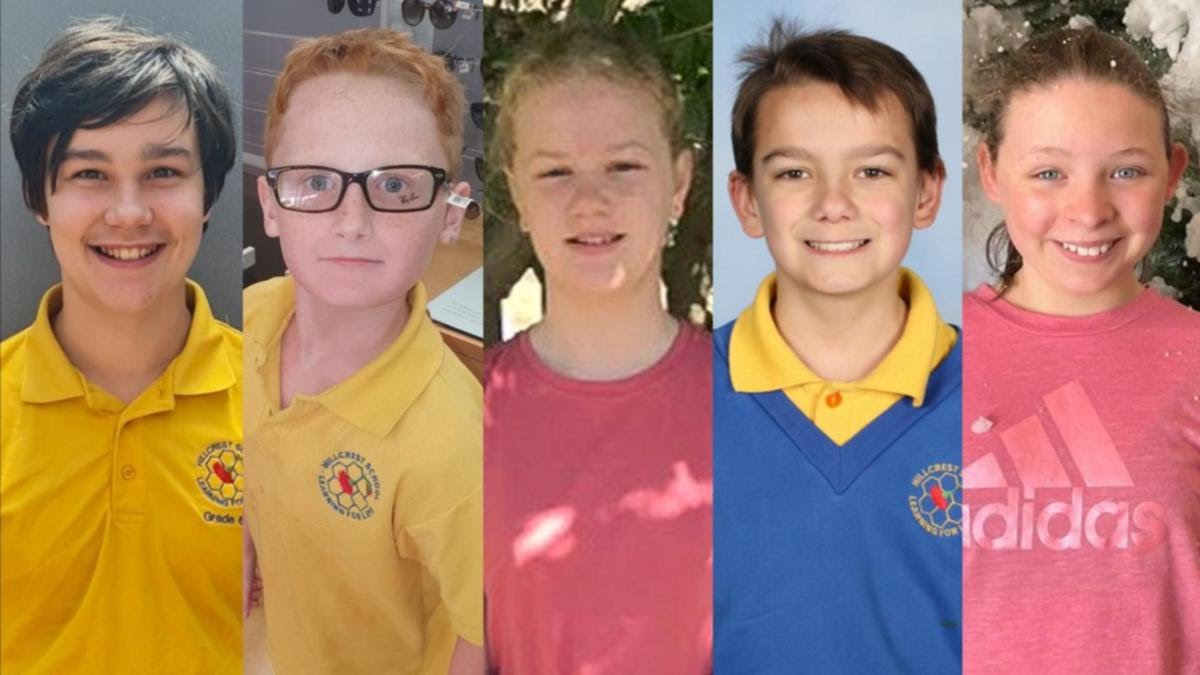 The death toll has climbed again in the Hillcrest school tragedy. Credit: AAP

Prime Minister Scott Morrison announced on Saturday an extra $800,000 will also be made available to fund trauma counselling for those impacted.

Some $250,000 will go to first responders involved in the aftermath of the accident and $550,000 to the broader community.

More than a million dollars has also been raised in the community to support those mourning the tragedy.