Two children have died and several others are critically injured after falling 10 metres from a jumping castle that was blown into the sky due to a “wind event” in Devonport.

Two children have died and several others are critically injured after a jumping castle was blown into the air by a large gust of wind at an end-of-year celebration in Tasmania.

The children fell from a height of 10 metres when the wind event occurred at Hillcrest Primary School in Devonport at about 10am on Thursday.

“Police and emergency services are responding to a serious incident at Hillcrest Primary School in Devonport, after a wind event caused a jumping castle to lift into the air,” a Tasmania Police statement read.

“Several children fell from a height of about ten metres around 10am and are currently receiving medical treatment at the scene.” One child has been killed after a freak gust of wind blew a jumping castle into the air in Tasmania. Picture: ABC News

Two children have died “and a number of others are critical”.

“Our thoughts are with the families and loved ones of those involved,” the statement said.

Tasmania Police said no further details about the deaths can be released at this stage due to “privacy reasons”. Several helicopters responded to the incident to transport patients to hospital.

Locals are urged to avoid the area to allow emergency services to respond.

The school released an update to its social media page advising parents collect their kids as “a matter of urgency”.

“There has been an accident onsite at our school. We are closing the school for the rest of the day,” a post on Facebook read. 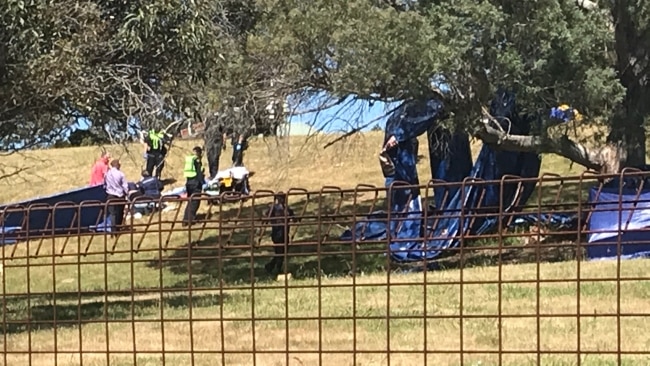 Tasmania Premier Peter Gutwein spoke to the reports during a coronavirus press conference on Thursday morning. He is expected to front the media again in the afternoon.

“As further information comes to hand, we will obviously provide it,” he said.

“But as this involves a primary school, Hillcrest Primary School, my thoughts are obviously with the people involved, but obviously the parents of the children that have been injured and with the emergency services.

“But as we receive further information on what I understand is a very serious matter, we’ll provide that as the day progresses.” “Young children on a fun day out, together with their families and it turns to such horrific tragedy,” he said.

“At this time of year it just breaks your heart.”

Mr Morrison said he has been speaking with Premier Gutwein over the course of the morning and will remain in close contact with Tasmanian authorities. 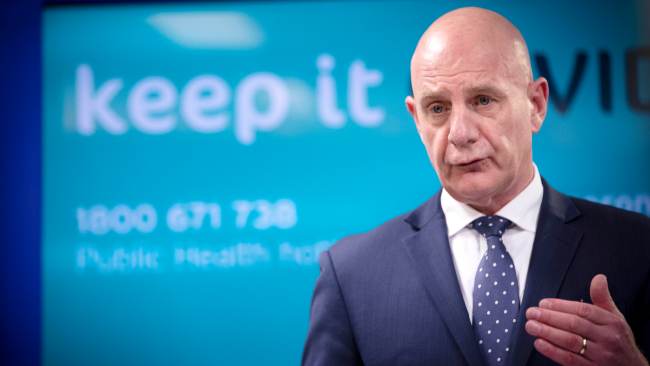 Commander Debbie Williams described the scene as “distressing” as she spoke to the media outside the school.

“This is a very tragic event and our thoughts are with the families and the wider school community, and also our first responders,” she said.

“There is no doubt that this has been a very confronting and distressing scene.

“Counselling is being made available to the families affected by this in the school community along with the first responders.” The jumping castle was on the campus for the school’s “Big Day In” celebration to mark the end of the year.

The event started earlier in the morning at 9:30am where students had the opportunity to rotate through a range activities.

It is believed the jumping castle was set up on the school’s oval.

“The purpose for the day is to celebrate a successful year and enjoy some activities with classmates,” a post promoting the event on Facebook read.

The school also called out for parents to volunteer to assist in the event.