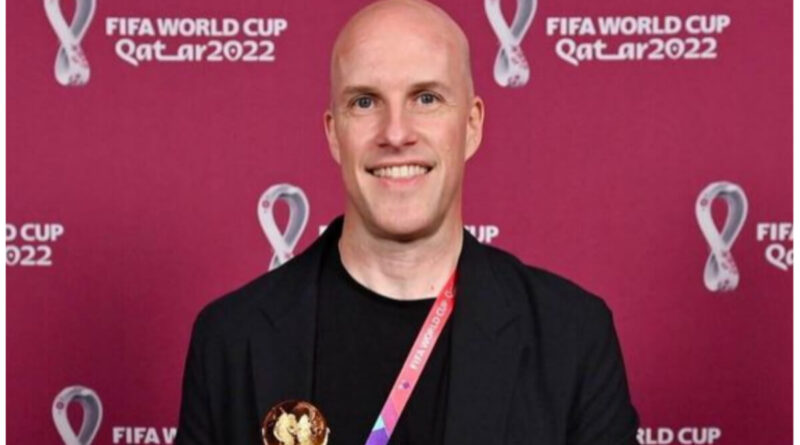 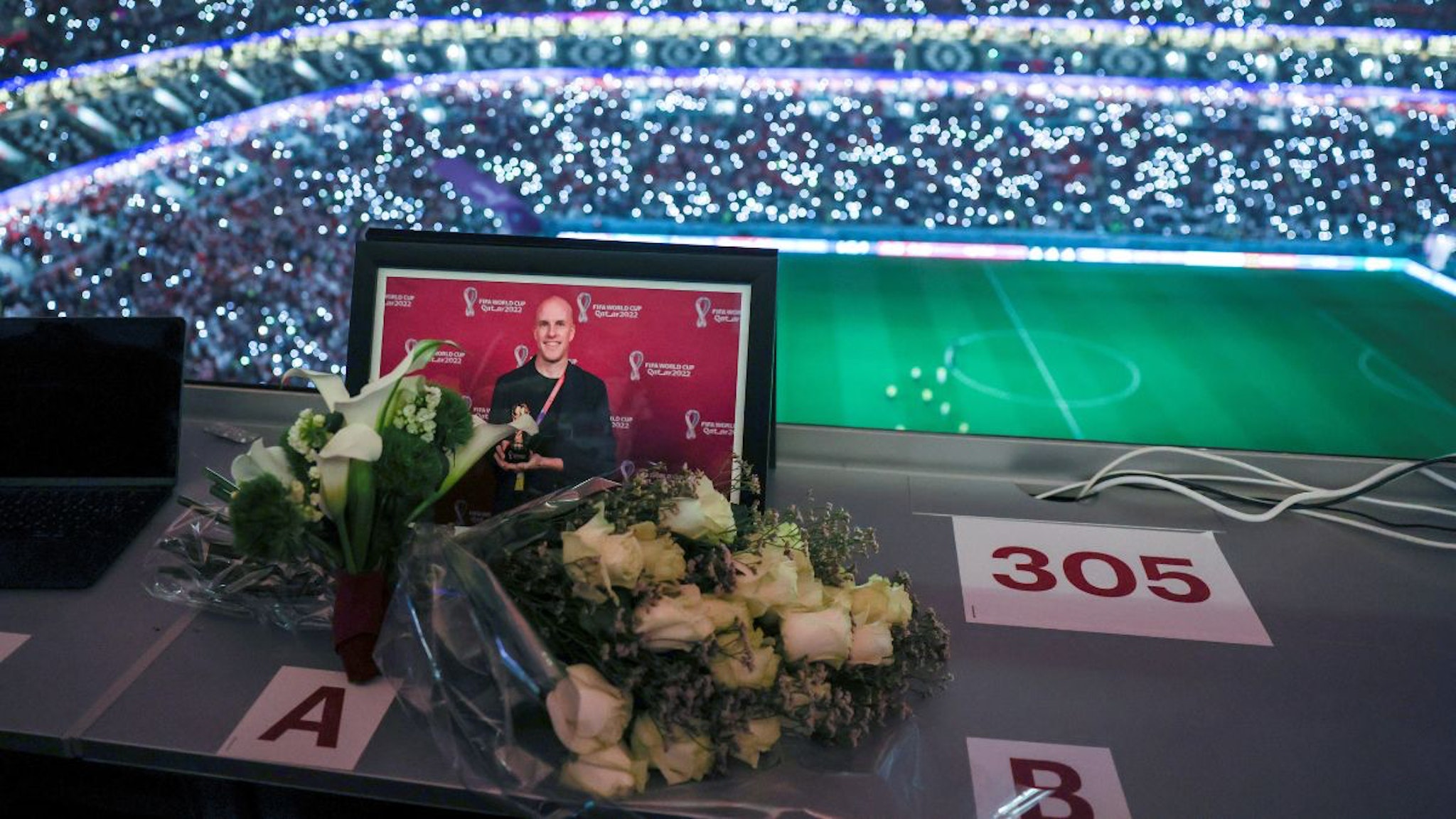 Journalist Grant Wahl’s cause of death has been revealed following an autopsy after his sudden passing while reporting at the World Cup in Qatar.

Wahl’s widow, Dr. Celine Gounder, told CBS News on Wednesday that her husband’s death was due to a heart condition.

“He had an autopsy done here in New York by the New York City medical examiner’s office, and it showed that he had an aortic aneurysm that ruptured,” Gounder said during the interview.

Grant Wahl’s wife, Dr. @celinegounder, reveals that the renowned journalist died due to an aortic aneurysm that ruptured at the World Cup.

Gounder says she hopes he is remembered as a “kind, generous person who was really dedicated to social justice.” pic.twitter.com/aaVkb2dhrb

“It’s just one of these things that had been likely brewing for years, and for whatever reason it happened at this point in time,” she told “CBS Mornings” co-host Gayle King in her first interview since Wahl’s death.

Wahl, 49, died on Friday in Doha while covering the World Cup. CBS News initially reported that he had experienced a heart attack.

Gounder released an update on Wednesday with additional details.

The Daily Wire previously reported that Wahl said he went to a medical facility to receive treatment the Monday before his death because he was not feeling well.

“My body finally broke down on me. Three weeks of little sleep, high stress and lots of work can do that to you,” Wahl wrote. “What had been a cold over the last 10 days turned into something more severe on the night of the USA-Netherlands game, and I could feel my upper chest take on a new level of pressure and discomfort.”

Wahl returned for additional medical treatment on Thursday after his condition had not improved. He died suddenly on Friday following the World Cup’s quarterfinal match between Argentina and the Netherlands.

The soccer journalist received treatment on-site from paramedics and was rushed by ambulance to a hospital, where he was pronounced dead.

“I am so thankful for the support of my husband @GrantWahl ‘s soccer family & of so many friends who’ve reached out tonight,” Gounder tweeted on Friday following his death. “I am in complete shock.” 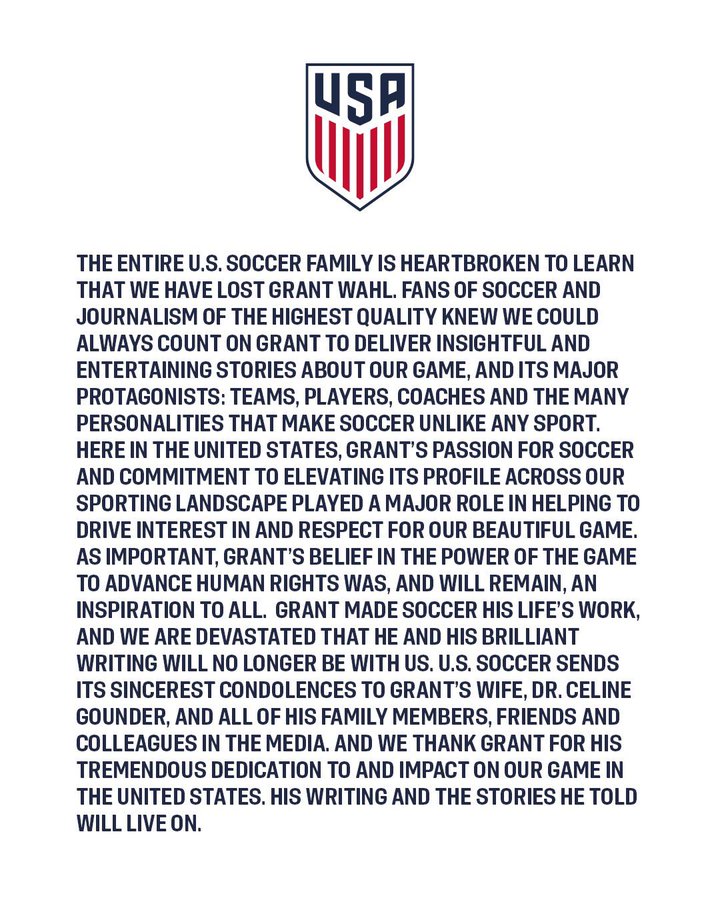 Wahl sparked controversy during the World Cup in November after he said he was denied entry to the venue because he wore a rainbow t-shirt in support of gay rights. Gay and lesbian sex is a criminal offense in Qatar.

Wahl’s brother, Eric Wahl, initially said he believed his brother was killed since he was healthy prior to his death.

“My name is Eric Wahl. I live in Seattle, Washington. I am Grant Wahl’s brother,” he said in a video posted to Twitter. “I’m gay, I’m the reason he wore the rainbow shirt to the World Cup.”

This is a video posted to the Instagram account of Eric Wahl, saying that he is Grant Wahl’s brother.

In the video, he said he is the reason Grant wore the rainbow shirt to the World Cup & that he believes Grant was killed. (Instagram: @eewahl) pic.twitter.com/krOoXuSjVc

“My brother was healthy. He told me he received death threats. I do not believe my brother just died,” he continued. “I believe he was killed and I just beg for any help.”

Eric Wahl later said that he had changed his mind and was no longer suspicious about the circumstances.

“The family will release a statement as to cause of death soon. I no longer suspect foul play. It was not PE,” he wrote, ruling out pulmonary embolism.

Update: We are traveling with Grant’s body to the medical examination & autopsy. Per a US gov official, FIFA is saying AEDs were available at the stadium. Thank you to American Airlines for their incredible help. Thank you to the NY Port Authority & the US government. Humbled.

Grant Wahl, who was a correspondent for CBS Sports and a writer for the popular Substack column, passed on aged 49.

According to reports, the late Wahl collapsed while in the commentary booth during the extra time between the Netherlands and Argentina match at Lusail Stadium. 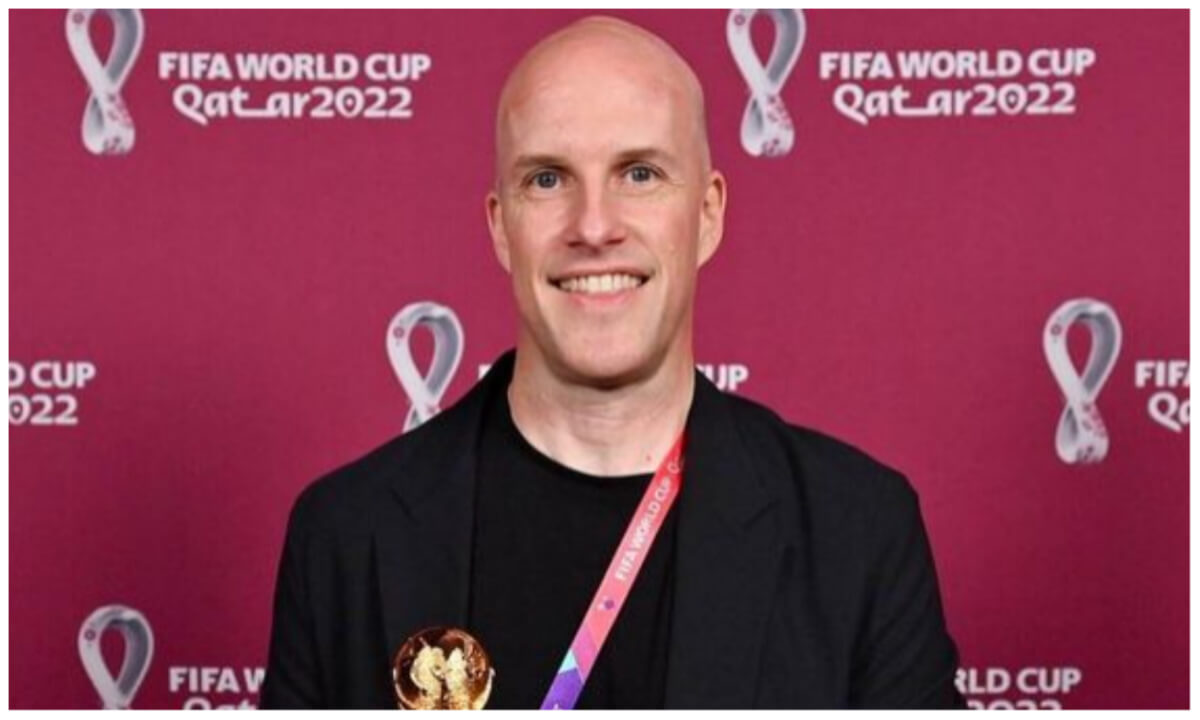 Wahl is said to collapsed while on duty, and other commentators who were in the booth with him rushed to call for medical assistance to save the famous journalist.

Before covering the match on Friday night, Wahl confirmed, on Monday, that he visited a hospital in Qatar for a medical check-up after feeling sick.

Unfortunately, Wahl collapsed and died within a week of his announcement of being unwell.

“My body finally broke down on me. Three weeks of little sleep, high stress and lots of work can do that to you.

“What had been a cold over the last 10 days turned into something more severe on the night of the USA-Netherlands game, and I could feel my upper chest take on a new level of pressure and discomfort.

“I didn’t have Covid (I test regularly here), but I went into the medical clinic at the main media centre today, and they said I probably have bronchitis. They gave me a course of antibiotics and some heavy-duty cough syrup, and I’m already feeling a bit better just a few hours later. But still: No Bueno,” said the late US journalist.

The late United States journalist, Wahl, was among the famous soccer commentators in the country.

He covered his first World Cup tournament in 1994.

Wahl made a name for himself as one of the country’s best journalists following his book on David Beckham’s arrival in MLS and a well-crafted piece on NBA superstar Lebron James.

Soccer journalist Grant Wahl works in the FIFA media center before a match on Nov. 21. Wahl died after collapsing in the press box at Lusail Stadium in Qatar while covering the Argentina-Netherlands match Friday.
(Doug Zimmerman / ISI Photos via Getty Images)

Grant Wahl’s brother: “He has been murdered”.

Eric Wahl denounces on social networks that the journalist, who died yesterday, Friday, in Qatar, did not die of natural causes

Yesterday, Friday, the American journalist Grant Wahl died in Qatar, at the age of 48, allegedly victim of a heart condition. However, his brother Eric suspects that he may have been murdered. And so he has expressed in a video that will give that talk and has posted on social networks.

“My name is Eric Wahl. I live in Seattle and I’m Grant’s brother. I’m gay and I’m the reason he wore the rainbow jersey to the World Cup. My brother was healthy. He told me he received death threats. I don’t believe my brother passed away. I think he was killed and I’m just asking for help.”

On Saturday, FIFA president Gianni Infantino mourned Grant’s death and expressed his condolences to the family of the journalist, who was covering his eighth World Cup.