The Uvalde teen school shooter griped about being bullied in fourth grade at Robb Elementary just weeks before slaughtering 19 fourth-graders and two teachers in his old classroom there, according to an explosive new investigative report.

The probe, conducted by a special Texas House panel into the deadly debacle, also suggested it was little surprise to those who knew 18-year-old fiend Salvador Ramos — and even strangers who randomly encountered him — that he might be capable of such horror.

He was routinely teased by friends who called him a “school shooter,” and customers of the gun store where he went to buy his weapons a week before the massacre told the FBI he “looked like one of those school shooters.’’

The brooding, anti-social, black-clad teen apparently thought he could be a sociopath, Googling the term and receiving an e-mail about obtaining psychological treatment for sociopathy, the report said.

The report, released Sunday, also revealed that an ex-girlfriend told investigators Ramos once confided in her that one of his mom’s former boyfriends molested him at an early age but that his mother didn’t believe him.

It was no coincidence that Ramos attacked his former fourth-grade classroom, report testimony suggested. Before the shooting, he told a friend about how the year had been traumatic for him. 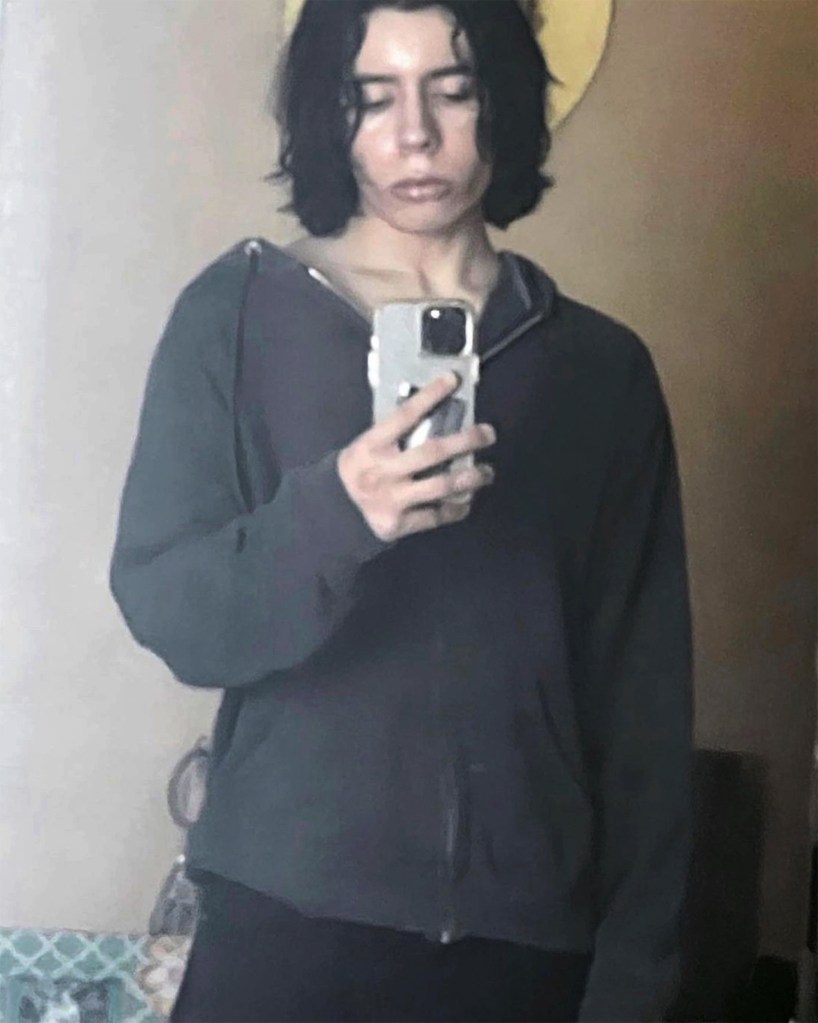 Members of his family told investigators that Ramos was bullied during that year over a speech impediment. Once, a student tied his shoelaces together, and he fell on his face. Students also mocked him for his “short haircut” and for wearing the same clothes day after day, which he did because his family couldn’t afford new ones.

Ramos’ old fourth-grade teacher told investigators she met with the boy’s mother that year to discuss the bullying and that she had promised her that she would try to give him a good experience in her class.

The instructor claimed it was a good year for the Ramos and said her classroom was a safe place for him.

His old teacher was in the building at the time of his deadly attack in May, although in a different classroom.

Ramos had a difficult home life that didn’t provide much comfort as he struggled in school, the report said. His mother, referred to as “A.R.” in the investigation, had a history of drug abuse and had two misdemeanors, one for theft and another for a family-violence assault.

Ramos was born in Fargo, ND, but moved to Uvalde with his mother, and she spilt from his father early in his life. His father was largely absent from his life.

His family, like many in Uvalde, struggled with money, the report said. Ramos would often “hoard money” and told people he was “saving for something big.” 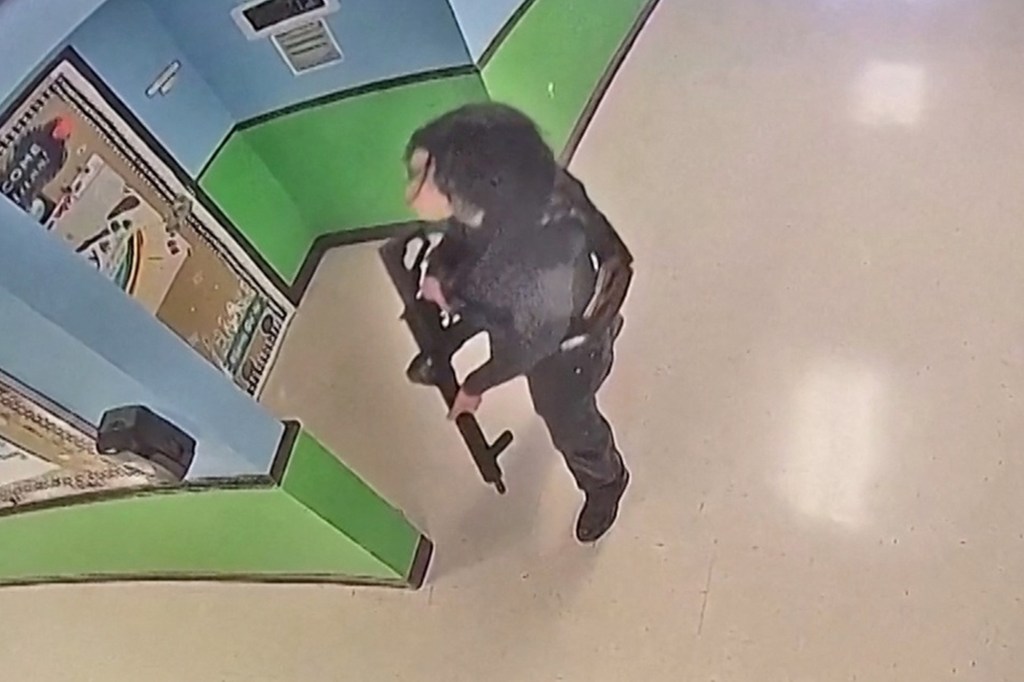 According to the Texas House probe into the shooting, Ramos was repeatedly called a “school shooter” by friends.via REUTERS

He was raised in large part by his grandmother, Celia Gonzalez, who he shot in the face before carrying out his rampage. He had moved in with her in early 2022 after a fight with his mother. Gonzalez, 66, was only released from the hospital last week.

As students returned to in-person learning after the COVID-19 lockdown, Ramos dropped out of school, the report said. By age 17, he had only completely freshman year of high school and suffered poor grades. He also had an eating disorder, his own notes revealed.

During this time, he took a “dark path,” the report said. 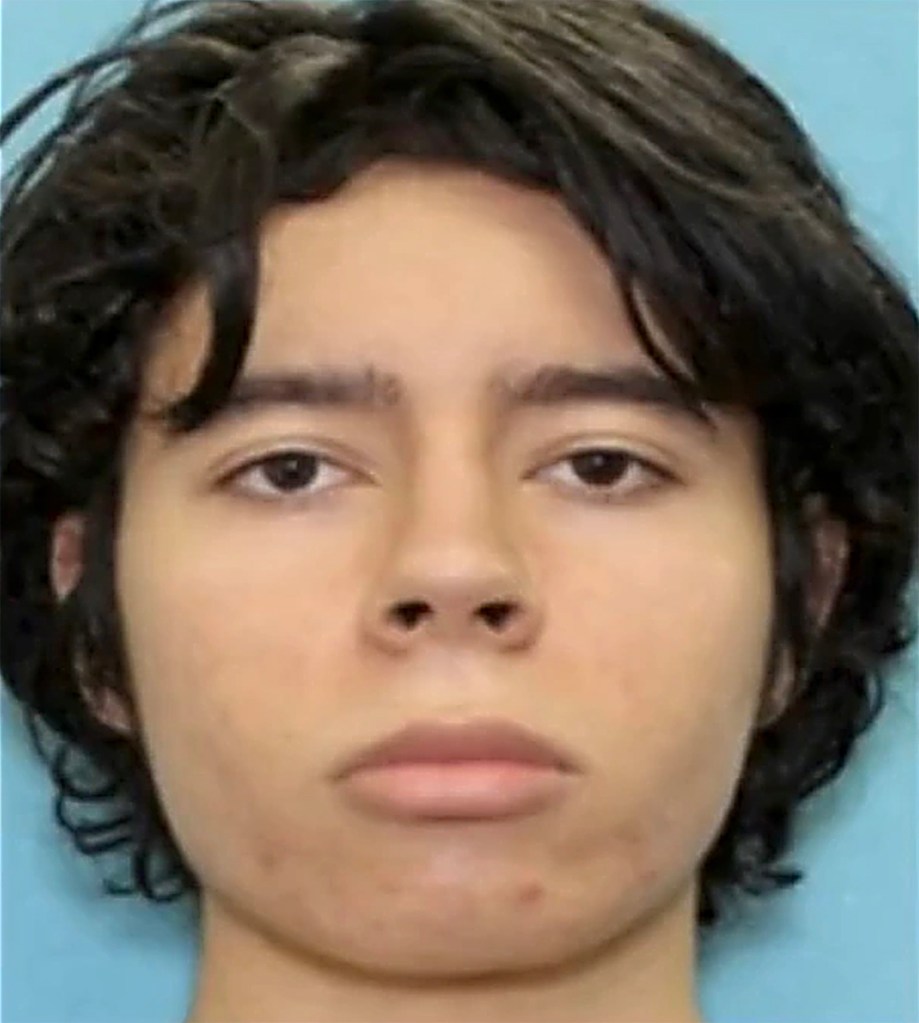 Ramos reportedly told a friend that he was repeatedly bullied in the fourth grade at Robb Elementary School.ZUMAPRESS.com

“An ex-boyfriend of his mother A.R. described the attacker to an investigating Texas Ranger as a loner who punched holes in the walls of his room after arguments with her,” the report said.

With no driver’s license or car, he was left alone and spent much of his time online and playing violent video games.

Ramos girlfriend at the time said he was lonely and depressed and that the few friends he had called him a “school shooter.” When she broke up with him, he harassed her and her friends, she said.

It was during this time that Ramos “began to demonstrate interest in gore and violent sex, watching and sometimes sharing gruesome videos and images of suicides, beheadings, accidents, and … sending unexpected explicit messages to others online,” the report detailed.

Ramos also hungered for fame and notoriety, according to investigators. After receiving a few views on TikTok and YouTube videos he made, Ramos bragged about being famous. 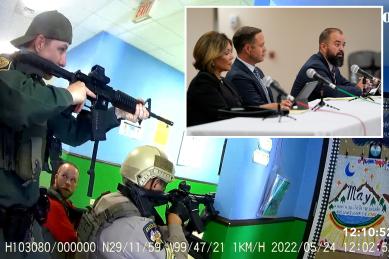 On the French streaming platform Yubo, “the attacker spoke enviously of publicity given to a murderer and animal abuser whose story became widely known after a Netflix documentary,” the report said.

At 17, he unsuccessfully asked two people to buy him guns, and his family was aware he was trying to get his hands on weapons before he legally could.

“Those with whom he played games taunted him with a similar nickname so often that it became a running joke,” the report said. “Even those he personally knew in his local chat group began calling him ‘the school shooter’ after he shared pictures of himself wearing the plate carrier he’d bought and posing with a BB gun.”