The footage, released in full by the Austin American-Statesman, depicts upsetting scenes that show cops dilly-dallying in the hallway of Robb Elementary School instead of charging toward 18-year-old gunman Salvador Ramos as he systematically slaughtered 21 people on May 24.

The security video footage that was leaked to the newspaper revealed a cop in a helmet and vest using a wall-mounted hand sanitizer and checking his phone as Ramos was inside an unlocked classroom with children.

It also showed officers fleeing down the hallway when Ramos fires in their direction.

The full video visualizes the abject failure of the police in painful detail, showing minute by minute how they continued to fail to stop Ramos despite being within the school’s hallway minutes after Ramos. 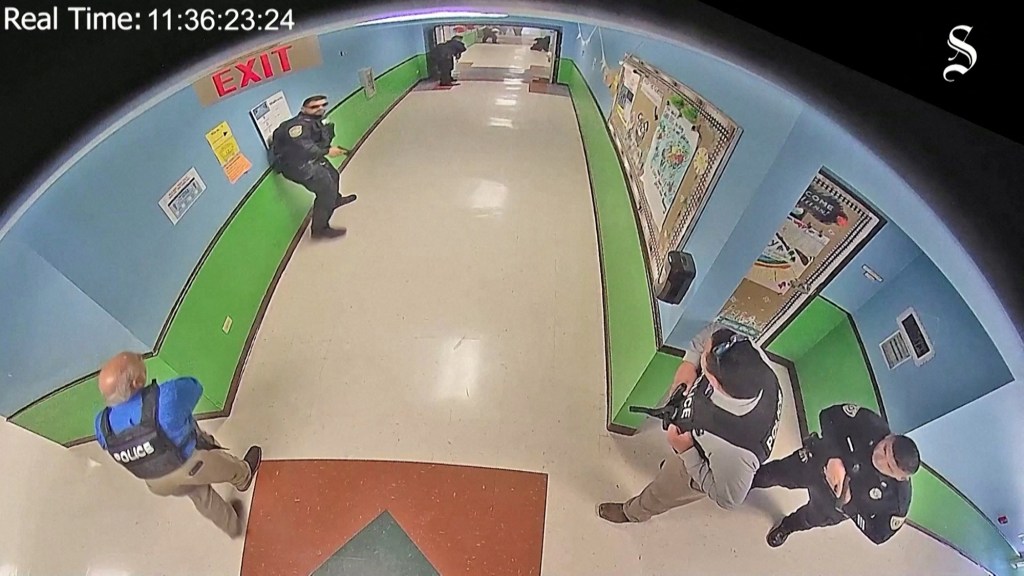 The full video of the Uvalde police response to the Robb Elementary school shooting was released Wednesday.

At various points, hordes of police officers crowd the hallway, but barely even inch closer to the area Ramos was shooting. It takes almost an hour for them to do so, and they spend much of the time in between talking.

Much of the discussion is muffled in the video, though cops can be heard mentioning doors and windows repeatedly — as well as keys.

At one point, the police open the door of the classroom closest to them, where they let out a person, and then search the room to find it empty. It’s unclear if the one remaining person in the room was a student or a teacher, but they are seen quickly running out of the room. 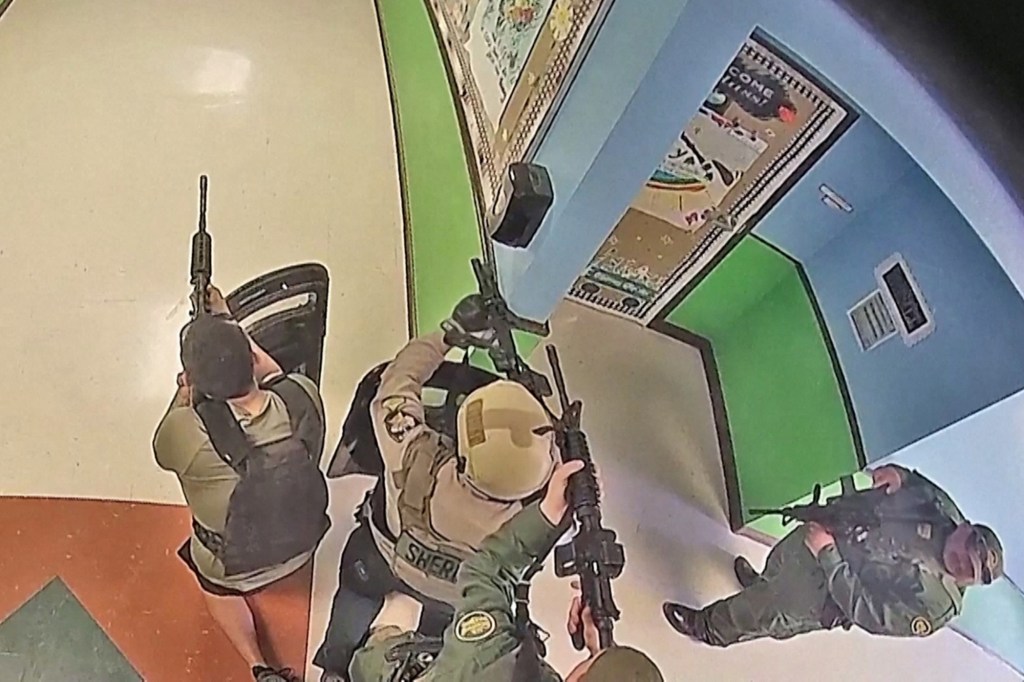 The footage depicts upsetting scenes that show cops dillydallying in the hallway instead of charging toward 18-year-old gunman Salvador Ramos.Austin American-Statesman via REUTERS

The video also showed officers fleeing down the hallway when Ramos fires in their direction.
Austin American-Statesman via REUTERS

Eventually, the cops do get closer to the classroom where Ramos was killing kids — but still don’t breach it.

In another moment, an officer is seen walking about the halls holding what appears to be a folder with a piece of paper, but it’s unclear what it says.

The video does show the moments when the police officers finally breach the classroom, but because the security camera that captured Ramos’ final moments was many yards away, it is not clear exactly how it went down.

The beginning of the video shows Ramos crashing his truck nearby the school before storming the school.

The footage is stitched together across multiple cameras and totals 82 minutes.