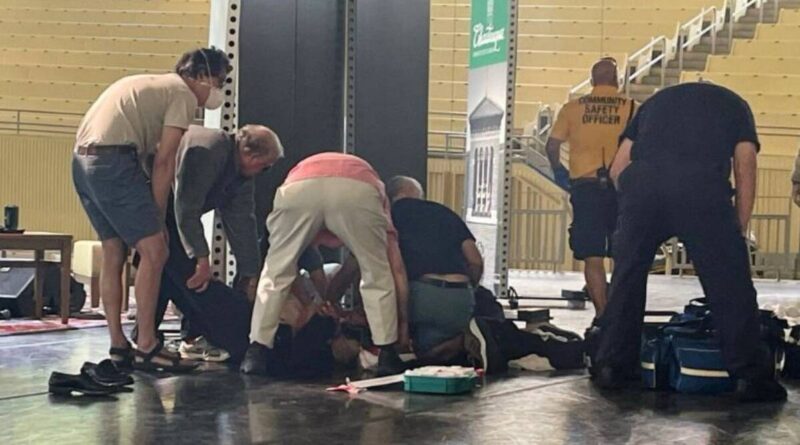 Rushdie was taken by helicopter to a hospital, state police said. His condition is not known yet. Author Salman Rushdie is tended to after he was attacked during a lecture, Friday, Aug. 12, 2022, at the Chautauqua Institution in Chautauqua, N.Y. (AP Photo/Joshua Goodman)

Author Salman Rushdie was attacked and apparently stabbed Friday by a man who rushed onstage as Rushdie was about to deliver a lecture in Western New York. Rushdie has repeatedly received death threats from Iran since 1980s for his writing.

Rushdie was taken by helicopter to a hospital, police said, adding that his condition is not known yet. Spectators were ushered out of the outdoor amphitheater.