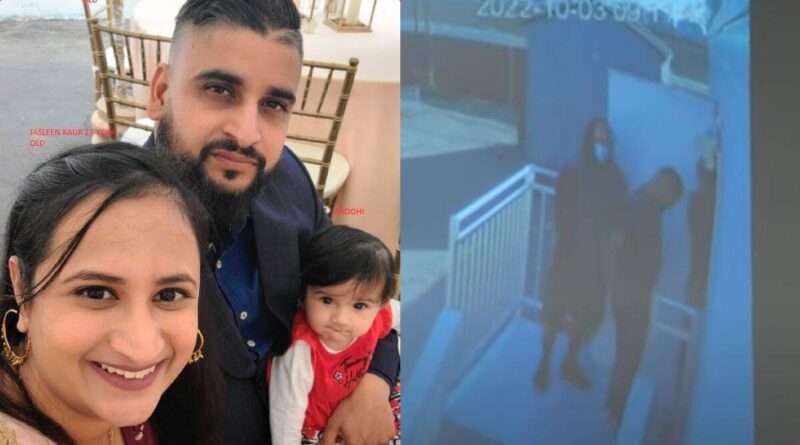 The CCTV footage of the kidnapping, released earlier Wednesday, showed the suspect, wearing a dark-coloured hoodie and a face mask, walking around a parking lot with a white trash bag in hand. 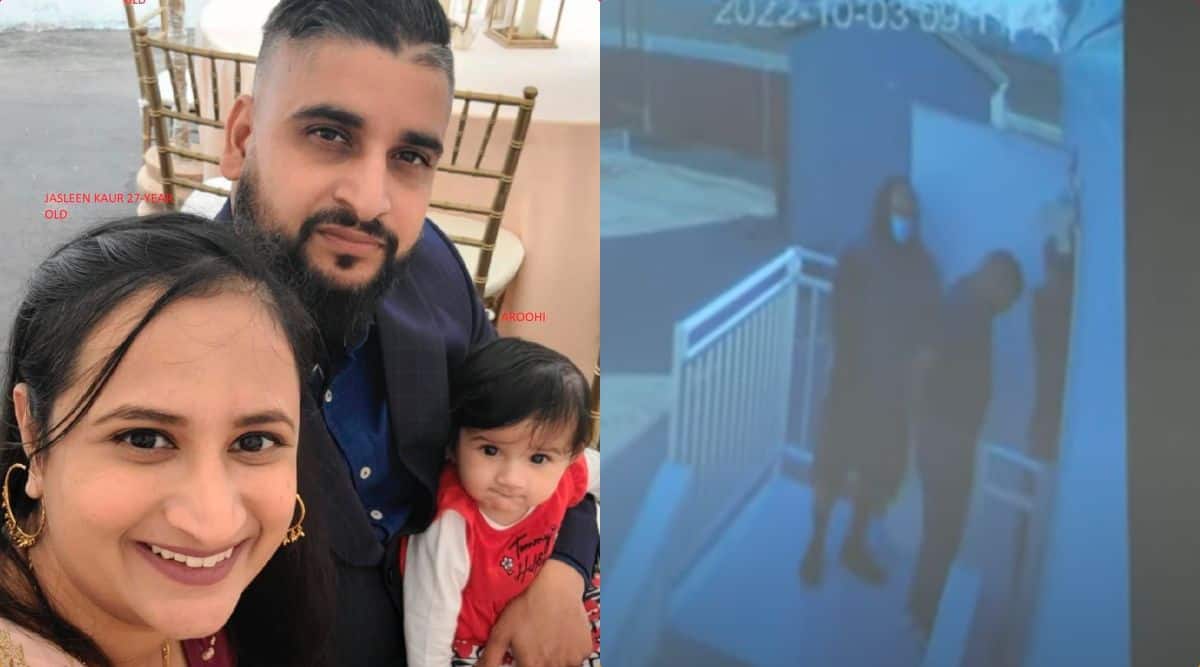 The California police Wednesday released CCTV footage showing the kidnapping of an Indian-origin family in Merced County. The four members of the family, including an eight-month-old child, were Thursday found dead. In the video released, the victims were seen taken at gunpoint, and with bound hands.

Jasdeep Singh (36), his wife Jasleen Kaur (27), and their 8-month-old daughter Aroohi Dheri, along with Aroohi’s uncle Amandeep Singh, (39), were kidnapped from the premises of their trucking business company in central California on Monday (October 3). Their bodies were Thursday found close together in a Merced County orchard in an “extremely” rural and remote area, said news reports quoting the police.

Jesus Salgado, a 48-year-old convicted robber, was taken into custody in connection with the crime. Salgado’s relatives contacted the police after he confessed to being involved in the kidnappings. He tried to take his own life before the police arrived at a home in nearby Atwater, and has been hospitalised since, reported Reuters. He has talked to investigators, but didn’t provide details, said the police chief.

The CCTV footage of the kidnapping, released earlier Wednesday, showed the suspect, wearing a dark-coloured hoodie and a face mask, walking around a parking lot with a white trash bag in hand.

He then talked to a man, identified by the police as Amandeep, and followed him up a ram. A little later, the armed suspect is seen opening a side door and leading two men down a short flight of stairs outside the building and into the back seat of a pickup truck. The two men, identified by the police as Amandeep and Jasdeep, have their hands zip-tied behind their backs.

The suspect is then seen going back to the trailer that served as the business office. He emerged moments later, this time the gun visible, and is seen leading Jasleen, who was carrying her baby in her arms, out and into the truck before driving away.

The Singhs ran Unison Trucking Inc., a trucking company, in Merced, a city of 86,000 people about 200 km southeast of San Francisco in the San Joaquin Valley, California’s agricultural heartland.

As per a Reuters report, their family said nothing was stolen from the business. No ransom demand was made. But the victims were all wearing jewellery. The police said an ATM card belonging to one of the victims was used in Atwater.

As per the Merced sheriff’s office, the family was noted missing on Monday after firefighters found Amandeep’s truck on fire, following which his family tried to reach him, Jasdeep and Jasleen. When they failed to reach them, family members called the Merced County Sheriff’s office to report them missing, the office said.

Merced County Undersheriff Corey Gibson told Reuters a farmer found a phone belonging to one of the victims on a street in Dos Palos, a town 48 km southwest of Merced, and answered it when the family called it.