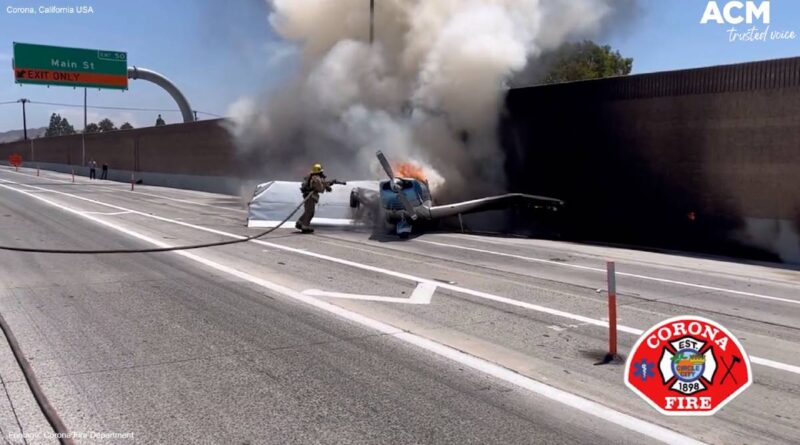 Dramatic footage has been released of the moment a plane crash lands on a busy highway in Corona, California.

Videos from the August 9, 2022 incident show the single-engine Cessna nose-diving onto the eastbound 91 Freeway in Corona, California USA.

It drops from the sky, hits the freeway, and narrowly avoids collision with moving cars, throwing a trail of fuel and fire as it slides to a halt.

Crews attached to the Corona Fire Department closed down the affected section of the road, and worked to control the fire.

It’s understood the pilot and passenger managed to escape without injury as the fire began.

Passersby captured footage of two people sprinting from the wreckage before the flames and smoke overwhelm the site.

No other motorists were injured in the event.