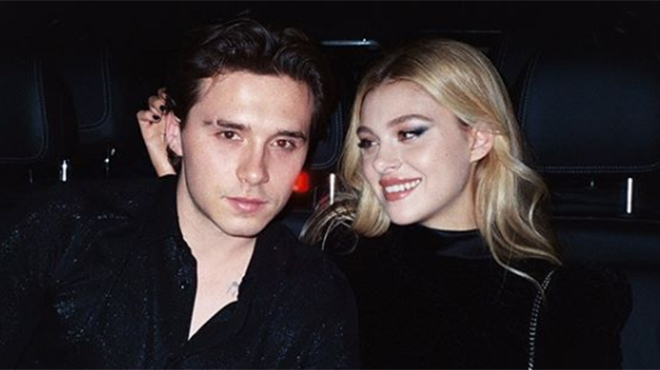 Professionally, the 23-year-old star has ventured into a number of things over his lifetime.

What does Brooklyn Beckham do for a living and what is his net worth?

The eldest child of David and Victoria Beckham, Brooklyn Beckham has tried his hand at a number of things up until now.

Despite being the first-born of millionaire parents, Brooklyn started working at the age of 15, as a barista in a London-based coffee shop after his parents insisted that their children understand the value of hard work and money.

At the age of 23, Brooklyn is already a successful chef, model, and photographer.

Brooklyn Beckham’s most recent endeavor has been cooking, and he has his own eight-part Facebook series called Cookin’ with Brooklyn. He describes this series as the beginning of his food adventure. He is not a professional chef yet, but he hopes to be one.

He picked up a few tips from Gordon Ramsay, and on the show, he is shown learning from Nobu Matsuhisa, Japanese world-famous chef.

It was during Covid-19, that he began cooking. His now-wife, Nicola Peltz, recorded a video of him, which he then uploaded online. He is now on his path to becoming a chef.

O M F G BROOKLYN BECKHAM IS STARTING MODELLING! I CANT! LIKE WHAT IS LIFE. 😍😍 pic.twitter.com/lc4cNKrOyJ

Brooklyn began modeling at the age of 15 in 2014. In 2016, he landed the campaign that launched his modeling career, a Burberry advertisement.

Despite having previously appeared in high-fashion publications, his campaign with Burberry was met with criticism from a loud minority of fashion insiders, who claimed that his success was due to nepotism.

He’s subsequently gone on to work on advertisements for Superdry and Pepe Jeans, among others.

Penguin Random House Children’s UK announce the acquisition of the first book by Brooklyn Beckham, What I See – out May 2017 pic.twitter.com/k1D2S8BRS2

He also published a photography book named What I See, which contains pictures he had taken during his childhood. These pictures feature his younger sister Harper coloring, his brother Romeo leaning against a wall with flowers in his hands, and sights of Brooklyn.

Brooklyn acknowledged that he attempted to be as discreet as possible when shooting photos because he wanted them to look as natural as possible.

Because of his dedication to photography, he was awarded a scholarship at an arts institution in Manhattan, New York.

On #WorldPhotographyDay, never forget how Brooklyn Beckham once released a book of photography called What I See which included such stunning insights as this pic.twitter.com/27t7HE81sM

Brooklyn also got to work with his father, David Beckham, for the latter’s fashion collection.