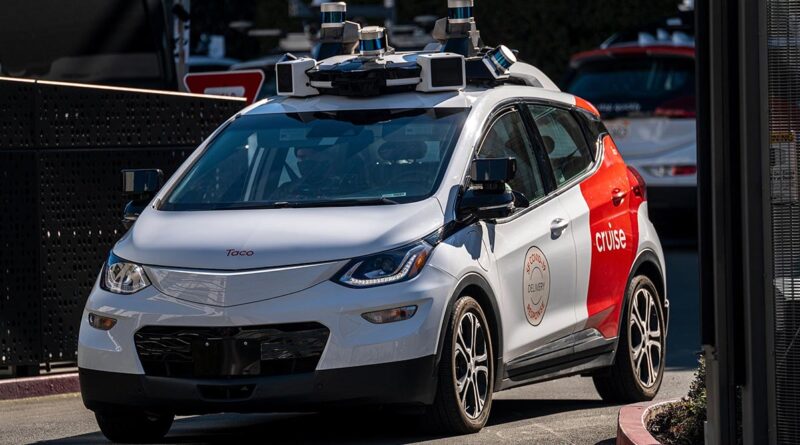 Who gets a ticket in a driverless car? It turns out no one does, the San Francisco Police learned recently.

Earlier this month, a pedestrian caught sight of a Cruise autonomous vehicle getting pulled over by San Francisco Police, took video and posted it on Instagram. 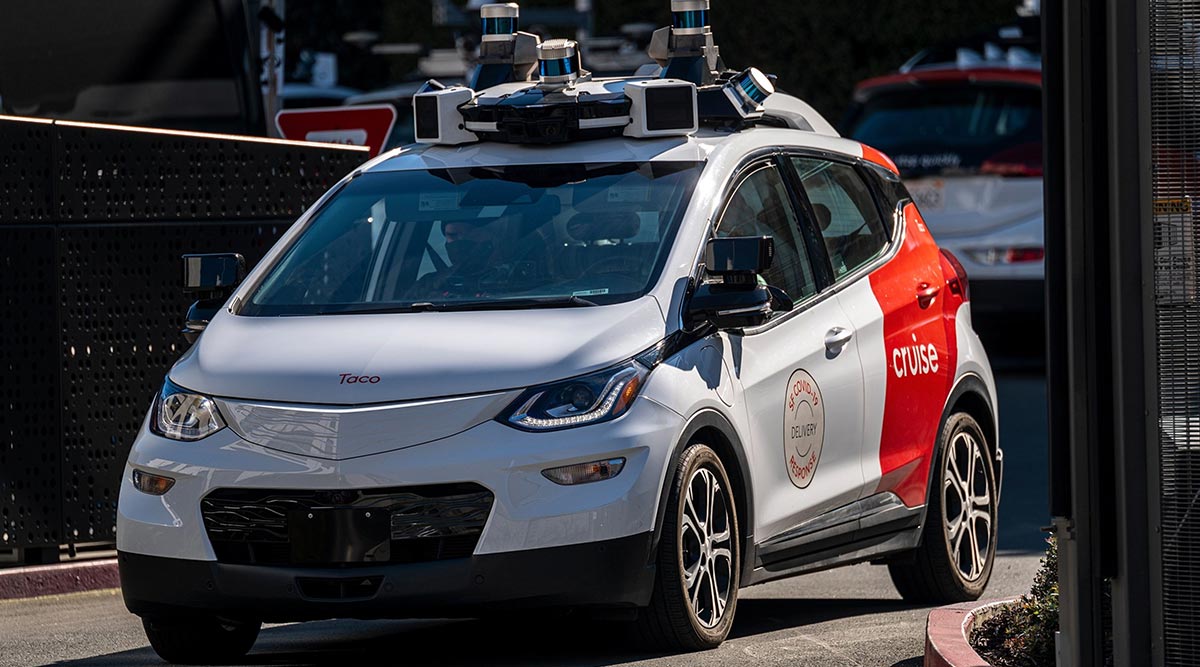 A Cruise similar to the one stopped by San Francisco police. (David Paul Morris/Bloomberg News)

[Stay on top of transportation news: Get TTNews in your inbox.]

The footage posted April 2 shows a cruiser pulling behind the shuttle after pulling it over. As an officer gets out of the police car and walks toward the Cruise vehicle, a voice can be heard saying, “Ain’t nobody in it.”

The officer looks through the driver’s side window and appears to try opening the door, then walks back toward his car. The AV then rolls forward toward a nearby intersection, proceeds through a green light and pulls over on the other side of the intersection with its hazard lights blinking.

The police car, with its yellow roof lights flashing, pulls up behind the Cruise vehicle. Two officers get out, walk up to the vehicle on either side, and peer through its windows as passersby chuckle.

The traffic stop occurred two months after Cruise, which is majority-owned by General Motors Co., began offering rides in its autonomous vehicles to the public in San Francisco.

Cruise responded to the video on Twitter, saying the “AV yielded to the police vehicle, then pulled over to the nearest safe location for the traffic stop, as intended. An officer contacted Cruise personnel and no citation was issued.”

The company added it works “closely with the SFPD on how to interact with our vehicles, including a dedicated phone number for them to call in situations like this.”

Chiming in with more details: our AV yielded to the police vehicle, then pulled over to the nearest safe location for the traffic stop, as intended. An officer contacted Cruise personnel and no citation was issued.

Cruise provides materials for first responders to know how to interact with its driverless fleet.

But since the industry is still in the early stages of deploying self-driving vehicles, there’s not really standardized procedures, specifically at the federal level, for how first responders should deal with AVs.

“Now is probably the time when we should be having this conversation,” said Sam Abuelsamid, principal research analyst leading Guidehouse Insights. “And it should probably be a uniform approach that’s taken. We should have the entire industry come to some agreement on how we’re going to deal with this; how the vehicles are going to respond if there’s a law enforcement or emergency vehicle that is trying to pull them over.”

Cruise is targeting a commercial deployment this year.