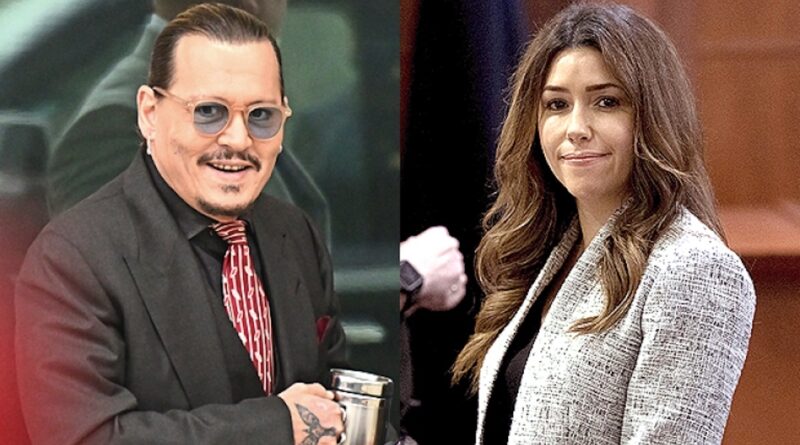 Amid social media rumours of romance… What IS the truth about the relationship between Johnny Depp and his merciless courtroom queen lawyer who’s skewering Amber Heard, asks TOM LEONARD

Their courtroom chemistry is such that social media is agog with the idea that there might be more to Johnny Depp and Camille Vasquez’s relationship than depositions and subpoenas.

The rumour mill has been fuelled by the film star and his lawyer piling on public displays of affection between cross-examinations, exchanging warm hugs, fond glances and hand-touching that certainly exceed the lawyer-client norm.

TikTok videos of the pair’s most touching displays of intimacy set to romantic music have gone viral.

It’s easy to see why Depp is so taken with the formidable young lawyer, who – many believe – has transformed his fortunes in the £40million defamation case against ex-wife Amber Heard. Miss Vasquez’s success in taking apart Heard’s testimony and wrong-footing her defence team has earned her online plaudits such as ‘genius sniper’, while one fan celebrated her ability to treat her client’s accuser as ‘a human ping-pong ball’.

Even the fact that she turned up for her cross-examination of Heard dressed all in white is fitting given that, for Depp’s fans, she is the white knight who has ridden to the defence of a client whose case was frankly looking a little shaky.

TV footage of her pointed, rapid-fire questions at Heard, her forensic dismantling of aspects of her case, and her crushing success at shutting down the opposing legal team’s counter-attacks have amassed tens of millions of views on social media. 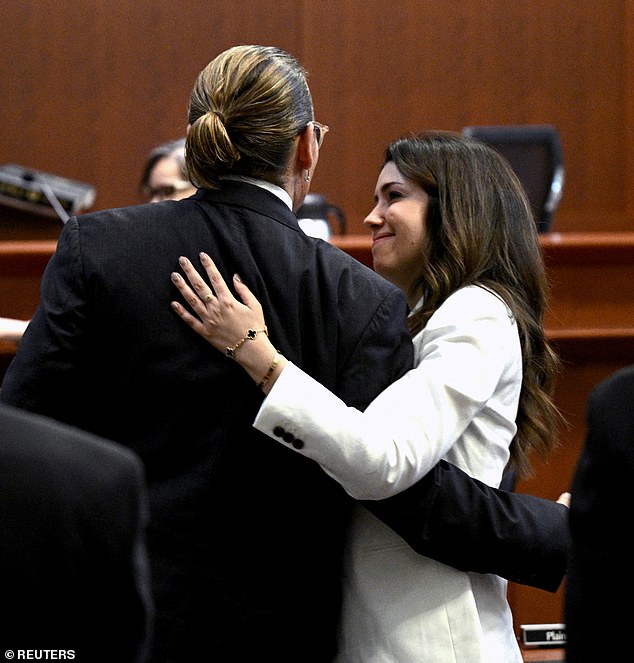 Depp’s legions of fans have become so devoted to Miss Vasquez that they have created memes portraying her as Marvel’s villain-bashing superhero Thor. No wonder she’s mobbed, cheered and hugged as if she’s a pop star when she leaves the court each day.

Impervious to the tearful testimony and emotional indignation of Heard, she’s been merciless in her treatment of the actress. At one point, she interrupted her, saying: ‘There’s no question yet, Ms Heard’, and on another occasion, she pulled her up for not answering her question.

Heard, who has spent much of the trial directing her emotive testimony straight to the jury, at times looked flustered as she struggled to keep up with Miss Vasquez’s barrage of questiioning. 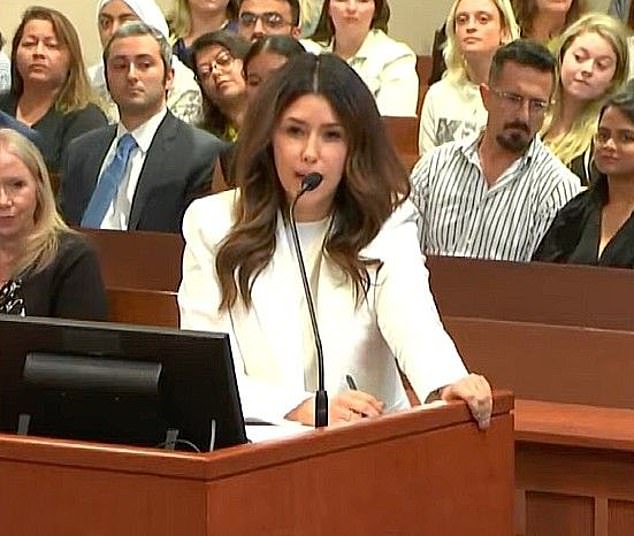 Johnny Depp and Camille Vasquez get tactile in the court room

Although Depp’s lead lawyer – a man called Ben Chew whom he sits next to and continually consults – it was an inspired although not unsurprising decision to leave the delicate task of calling Amber Heard a liar to the young woman sitting behind them.

At 37, only a year older than Heard, Miss Vasquez hasn’t held back, continually pivoting her line of questioning as she looked for new ways to undermine the actress’s case. She began her cross-examination of Heard on Monday afternoon by pointedly asking her: ‘Mr Depp is your victim isn’t he?’

Miss Vasquez presented the jury with a knife Heard gave Depp for his birthday engraved with the phrase ‘Till death’ in Spanish.

‘This is the knife you gave to the man who would get drunk and violent with you,’ Miss Vasquez bluntly observed. The court was played a video deposition from 2016 in which Heard appeared visibly shocked by a US website’s claim that it had been ‘alerted’ to her application for a temporary restraining order.

‘You slipped up,’ Miss Vasquez chided as she accused the actress of leaking the story. 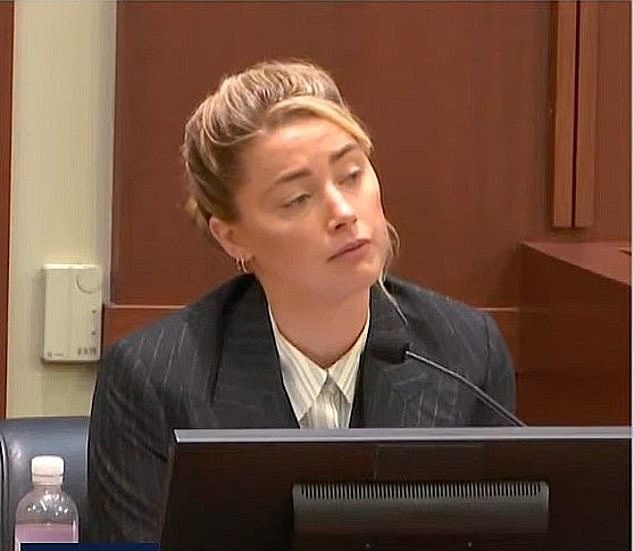 Amber Heard in the court being questioned by Camille Vasquez

Later, she appeared to rip apart Heard’s claim that she had donated her $7million (£5.6million) divorce settlement to two charities. Heard claimed she hadn’t been able to do so while she was paying out millions to defend herself against Depp, but Miss Vasquez pointed out that more than a year had elapsed between the time she received the final payment from the divorce settlement and when Depp sued her.

When Elaine Bredehoft, Heard’s lawyer, began ‘redirect’ questioning and tried to challenge some of Miss Vasquez’s points, she was silenced as her opponent endlessly – and successfully – objected to her questions.

It turned into farce, prompting laughter in the courtroom, and left Miss Bredehoft stumped as to what to say next. A TikTok video of Miss Vasquez’s demolition of the other lawyer has been watched more than 26million times.

Should it be any surprise, then, that Johnny Depp and his young counsel show their delight?

Miss Vasquez hardly silenced the feverish online speculation by merely giggling when asked if she was dating the actor. However, entertainment website TMZ dashed the rumours by reporting that, according to its sources, the lawyer is ‘happily taken’. It added: ‘She’s dating a British fella who works in real estate – with whom she’s been in a serious relationship for several months.’

But the denials may not stop the whispering. After weeks of sordid revelations about Hollywood’s most toxic marriage, a new romance rising out of the ashes is a plot development that any Depp fan would clutch to their heart.