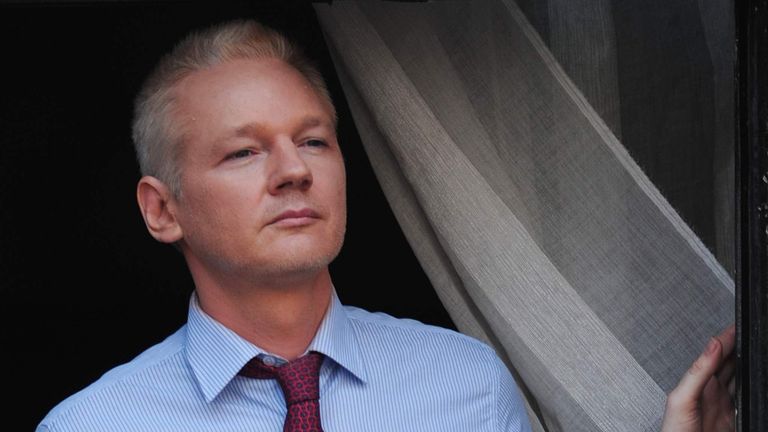 Between the news reports about conservatives revolting for one reason or another against the newly announced Republican health care plan, you’ve probably been seeing lots of tweets today about “Vault 7.”

Confused? It’s not your fault — Vault 7 is a code name, and you’d only know what it was if you’d been paying attention to what WikiLeaks is up to. If you’re not up to speed on what’s happening, you’ll probably want to be. Vault 7 might be the biggest leak since the Edward Snowden documents. Here’s a quick primer.

“Vault 7” is WikiLeaks’ name for a huge trove of documents it just dumped online. Like the Snowden docs released by journalists in 2013, Vault 7 is all about US intelligence agencies and their hacking programs. It contains  8,761 pages of classified documents from the Central Intelligence Agency, and according to WikiLeaks founder Julian Assange, it’s just the first in a series of leaks Wikileaks will publish under the title “Year Zero.”

Are the documents legitimate? We have no way of knowing, but The New York Times said that they “appeared likely at first review” to be authentic.

WikiLeaks says it got the documents from at least one of the hackers purported to be working with the CIA on its hacking program. The documents themselves are supposed to have come from a high-security network server at the CIA’s Center for Cyber Intelligence in Langley, Virginia.

The documents were all created between 2013 and 2016, and detail hacking that affects a lot of popular consumer gadgets. They include Apple products like the iPhone and iPad, smartphones and tablets that use Google’s Android operating system, Microsoft Windows phones and tabs and devices like Samsung’s line of smart TVs.

According to the documents, some of the cyber weapons created by CIA hackers would allow those devices to be activated remotely to do things like switch on their microphones and turn them into listening devices (just like in a certain “Black Mirror” episode.)

With so many documents now out in the open, it’ll likely take some time for journalists and tech experts to fully analyze them and make sense of allegations against the government. So don’t expect to stop hearing about Vault 7 anytime soon — especially since Assange says more leaks are coming.