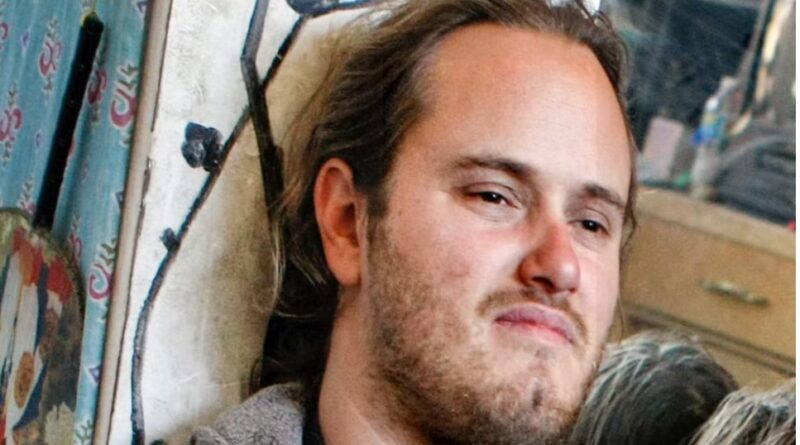 The San Francisco Police Department has arrested 42-year-old David DePape for allegedly breaking into the home of House Speaker Nancy Pelosi and her husband Paul Pelosi, who was attacked in the early morning hours of 28 October.

Mr Pelosi “is receiving excellent medical care and is expected to make a full recovery” while in hospital, according to spokesperson Drew Hammill.

“The Speaker and her family are grateful to the first responders and medical professionals involved, and request privacy at this time,” he added. Speaker Pelosi was not in San Francisco at the time. 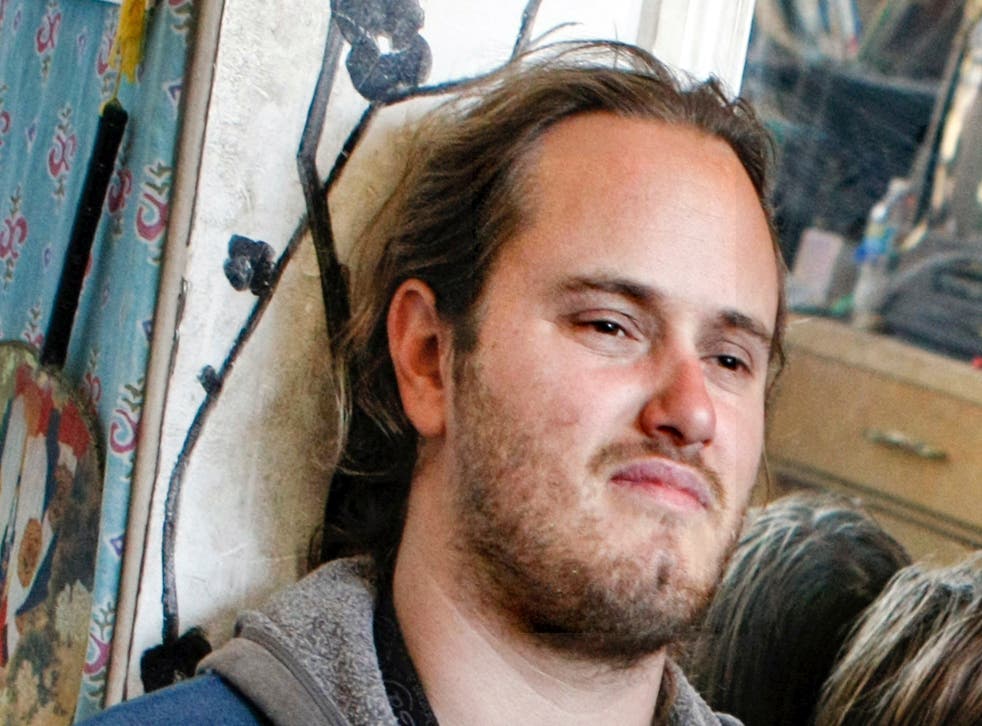 David DePape is shown in Berkeley, California in 2013. (AP)

According to CBS News, the suspect repeatedly shouted “where is Nancy?” when confronted by Mr Pelosi.

Mr DePape will be charged with attempted homicide, among other charges, according to police.

Both Mr Pelosi and Mr DePape were taken to hospital for treatment.

Mr Pelosi reportedly suffered blunt force trauma to his head and body and is being treated for significant swelling and bruising, among other injuries.

Mr DePape will be indicted on charges of attempted homicide, assault with a deadly weapon, elder abuse, burglary “and several, several other additional felonies,” according to San Francisco Police Chief William Scott. 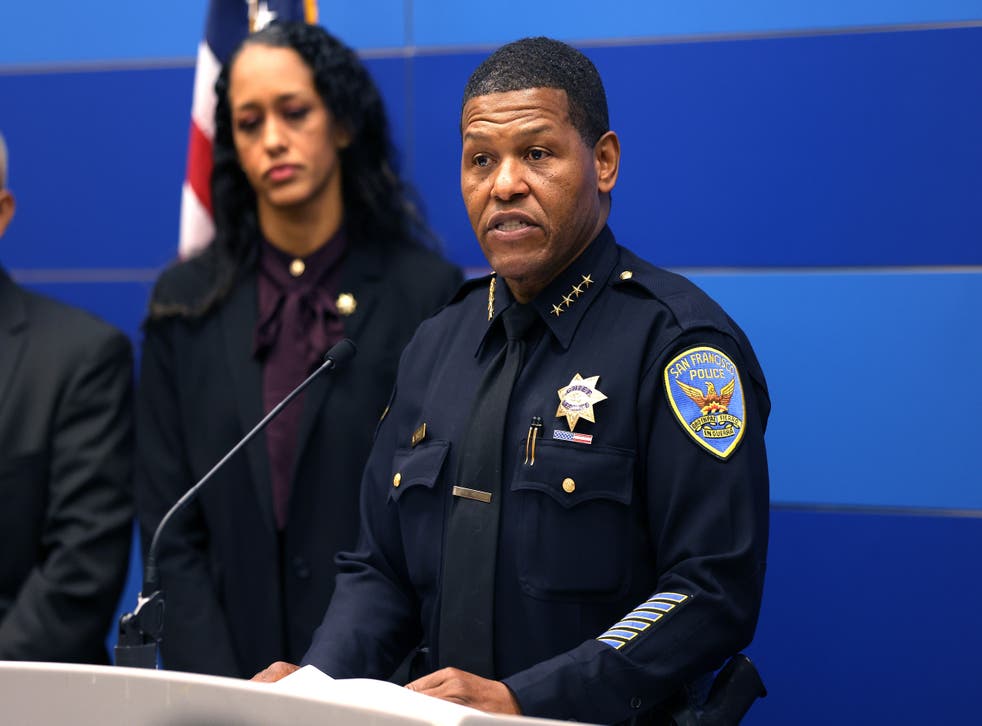 US Capitol Police said in a statement that agents with the California field office “quickly arrived on scene”, while a team of investigators were dispatched to assist the FBI and San Francisco police in a joint investigation.

Officers were dispatched to the family’s home at 2.27am, according to Chief Scott.

The suspect reportedly entered the home through a glass door.

When they arrived on the scene, Mr DePape and Mr Pelosi were both seen holding a hammer.

The suspect pulled the hammer from Mr Pelosi and “violently assaulted him with it,” Mr Scott said.

According to CNN, the attacker attempted to tie up Mr Pelosi “until Nancy got home”.

When law enforcement arrived at the residence, the suspect said he was “waiting for Nancy”.

“The motive for this attack is still being determined,” Chief Scott said.

Mr DePape’s social media profiles reportedly included conspiracy theories surrounding the 2020 presidential election, the 6 January, 2021 attack on the US Capitol and Covid-19, according to since-removed profiles reviewed by CNN and The Wall Street Journal. 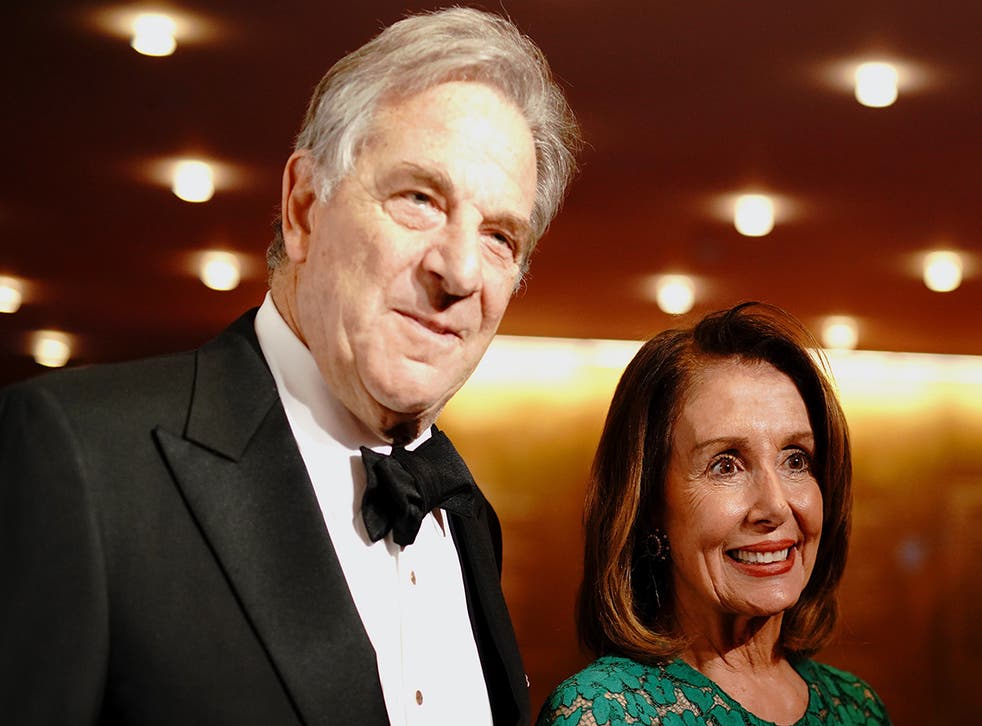 Public posts reviewed by CNN and confirmed as authentic by Mr DePape’s family include videos produced by MyPillow CEO and prominent election conspiracy theorist Mike Lindell, who continues to baselessly allege widespread fraud had manipulated the outcome of the 2020 election.

His stepfather Gene DePape told CNN that he left Canada 20 years ago after growing up in British Columbia. He reportedly moved to California for a relationship.

A 2013 article in The San Francisco Chronicle identified Mr DePape as a “hemp jewelry maker” living in a Berkeley home with Gypsy Taub, their three children and another person.

Mr DePape’s stepmother, Teresa DePape, told The Daily Beast that “David has always had an opinion.”

“I’m one of these people who thinks everybody has an opinion, and I was raised when sticks and stones would break your bones, but words will never hurt you,” she told the outlet. “But hammers are not words.” 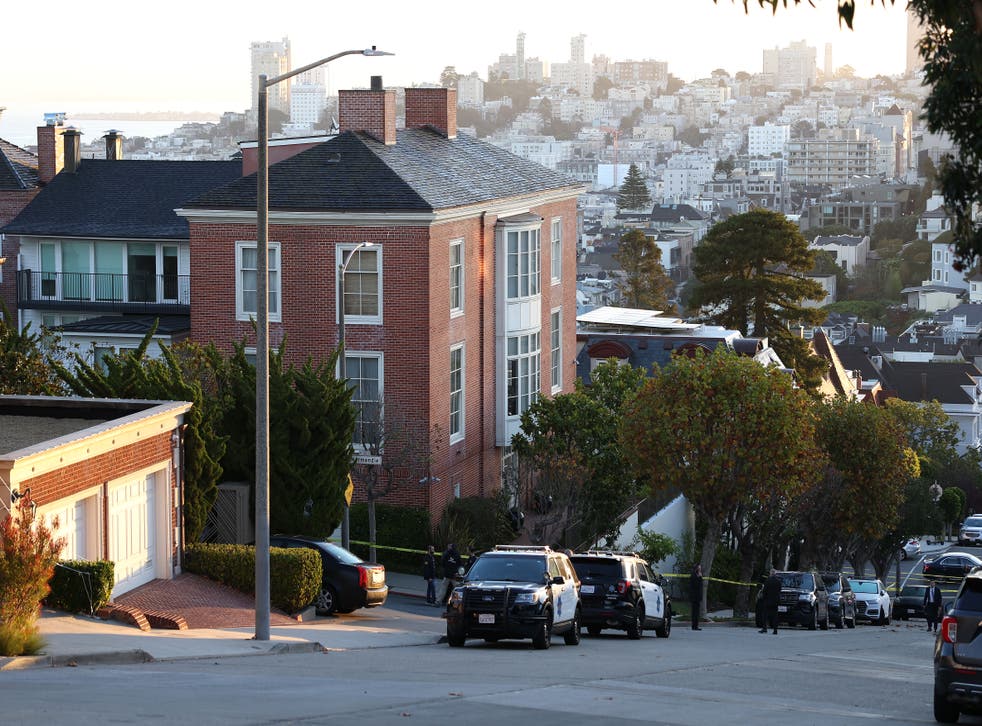 Police outside the Pelosis’ home in San Francisco, where the attack took place

A former acquaintance told CNN that he was at one point living in a storage unit and “trying to create a new life for himself.”

She later received “really disturbing” emails from him in which he sounded like a “megalomaniac and so out of touch with reality,” she told the network. She reportedly cut off communication with him after she determined it was “dangerous” and used “Biblical justification to do harm.”

Another acquaintance told the network that he claimed to talk with angels and said that “there will be a hard time coming.”