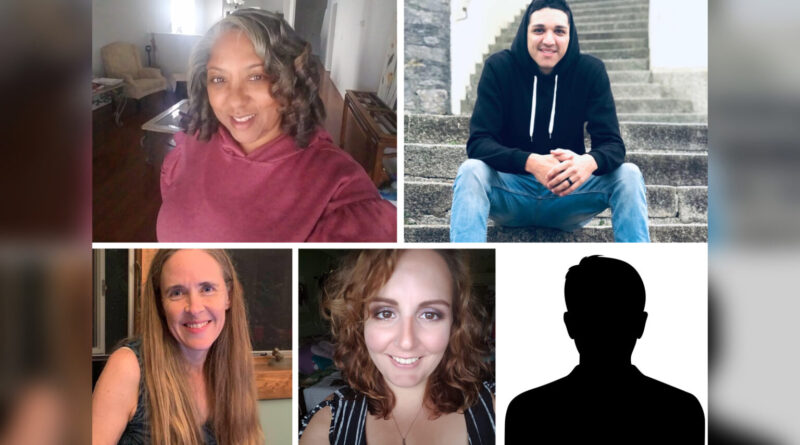 ‘A tragic day’: 5 killed in Raleigh shooting, including one officer. Here’s what we know.

Officers were called around 5:30 p.m. to Neuse River Greenway and Osprey Cove Drive and Bay Harbor Drive when a 15-year-old boy shot two people in the streets of a neighborhood, then went toward a walking trail, where he shot three more people and injured two others, police say.

Everyone in the area was asked to remain inside their homes and call the police if they see any suspicious activity.

The North Carolina Department of Public Safety responded to the scene, making numerous state resources available to the incident.

“DPS is providing any needed resources as requested in this investigation and working with local law enforcement to stop this shooter,” said NCDPS Secretary Eddie M. Buffaloe, Jr.

A motive in the shooting was not clear and authorities did not say how the victims were related to the suspect.

“You pray that something like this will never happen here. It did,” Baldwin said. Here is what we know as of Thursday night from press briefings and news releases.

City officials will have a press briefing at 8:30 a.m. Friday. 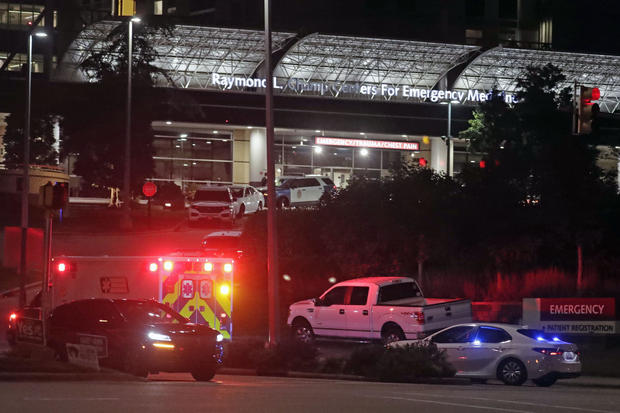 HOW MANY PEOPLE WERE SHOT IN RALEIGH?

Five people were killed, including an off-duty Raleigh Police officer.

Two other people were injured and taken to the hospital.

One of the injured is a Raleigh Police K-9 officer. He was released Thursday night.

The other person remains in critical condition, as of 10:45 p.m., said Lt. Jason Borneo of the Raleigh Police Department.

“It’s a tragic day,” Baldwin said. “Raleigh police have lost one of its own.”

IS THERE A SUSPECT IN CUSTODY?

Sources tell KDS that 15-year-old Austin Thompson is the person hospitalized, suspected of killing five people and injuring two others in Thursday’s shooting spree in an east Raleigh neighborhood.

One of the victims was James Roger Thompson, Austin’s 16-year-old brother, who was a junior at Knightdale High School. The school yearbook shows Austin was a sophomore. At 8 p.m., Raleigh police had a suspect “contained.” At 9:37 p.m., the suspect was in custody and was taken to WakeMed Hospital.

The carnage sparked a massive search effort for the teen gunman, with authorities swarming the neighborhood and combing through surrounding areas.

He managed to elude officers for hours before finally being captured around 9:30 p.m. inside a residence not far from the scene. He was wearing camouflage at the time.

WHO WERE THE VICTIMS?

Friday morning at a press conference, Raleigh Police released the identities of the five people killed by a 15-year-old teenager:

Law enforcement officers confirmed that victim James Roger Thompson, 16, is the sibling of the juvenile shooter. Thompson did not survive.

59-year-old Marcille Gardner and the 15-year-old suspect remain in the hospital.

Officer Torres was on his way to work when he was leaving his home on Osprey Cove Drive when he was murdered.

K-9 officer Casey Joseph Clark, 33, was also injured in the shooting, but he was released from the hospital late Thursday evening.

WHAT IS THE TIMELINE OF THE SHOOTING?

5:13 p.m. Raleigh-Wake Emergency Communications received a call about a person shot near the 6000 block of Osprey Cove Drive. The road is in the Hedingham subdivision in northeastern Raleigh with houses facing the Neuse River Greenway Trail. The greenway, part of the Mountains-to-Sea Trail, follows the Neuse River.

5:40 p.m. Raleigh police send out an alert about the increased presence in the neighborhood and advise residents near Osprey Cove Drive and Bay Harbor Drive to remain in their homes and call 911.

6:49 p.m. Raleigh police turn their direction to an area about 6 miles away. They tell people in the area of McConnell Oliver Drive, Tarheel Club Road and Old Milburnie Road to remain indoors. Drivers are advised to avoid the area and seek alternate routes.

6:54 p.m. Gov. Roy Cooper tweets that he has spoken with Baldwin and “instructed state law enforcement to provide assistance responding to the active shooter in East Raleigh.”

8 p.m. Raleigh police have a suspect “contained” in a residence in the area, they report at a 9 p.m. news conference. At 8:27 p.m., Raleigh police say that a suspect is not in custody, despite conflicting reports.

9:37 p.m. Raleigh Police says the suspect — a white male juvenile, age 15 — has been taken into custody.

8:40 a.m. Baldwin and other city officials announce the names of the five victims and said two others were injured in the shooting.