PHILADELPHIA (CBS) — Nine children are among the 12 people killed following a fire at two apartment units owned by the Philadelphia Housing Authority in the city’s Fairmount neighborhood Wednesday morning. The Philadelphia Fire Department arrived to heavy flames at the building on the 800 block of North 23rd Street just after 6:30 a.m.

Authorities confirmed to CBS3’s Joe Holden that three adults and nine juveniles were killed in the tragic fire. The ages of the victims range from 2 to 33 years old.

“It was terrible, most of, I’ve been around for 30, 35 years now and this is probably one of the worst fires I’ve ever been to,” Philadelphia Deputy Fire Commissioner Craig Murphy said during a press conference.

Indala says PHA was not aware that 26 people were living inside the unit.

No, we were not,” Indala said. “We are cooperating with fire department and everyone else in the investigation right now. It’s L&I stuff. All the family hasn’t been notified yet so we don’t want to comment on who and what. The count for the number of people on that property is too high.”

The PHA does inspections annually and the last was in May 2021. Indala adds that it’s the holidays and it’s unclear if “they have people coming and visiting.”

Murphy says the fire is not considered suspicious at this time, but the Philadelphia Fire Department’s Fire Marshal’s Office is leading the investigation because of the loss of life.

The destructive blaze is being thoroughly investigated by multiple agencies. With the fire department’s deputy commissioner saying this is one of the worst fires he’s seen in his 30-plus year career.

“We are working with the Fire Marshal’s Office, we plan and intend on getting a cause for the fire, making sure this tremendous loss of life didn’t happen in vain,” Murphy said.

ATF agents also responded to the scene to assist.

The Red Cross says it is providing emergency assistance for a family of five displaced from the first floor.

PHILADELPHIA (AP) — A large house fire in Philadelphia early Wednesday caused fatalities, according to authorities, who declined to say how many people died.

Firefighters and police responded to the fire at a three-story rowhouse in the city’s Fairmount neighborhood around 6:40 a.m. and found flames coming from the second-floor windows, fire officials said. The house had been converted into two apartments, police said.

The fire was brought under control after less than an hour, but officials remained on the scene as of 9:30 a.m.

Neighbors told television journalists that children lived in the house. WPVI-TV reported that at least one child was seen taken out on a stretcher.

Television news footage showed ladders propped up against the smoke-blackened front of the house, with all its windows missing. Holes remained in the roof where firefighters had broken through.

Firefighters arrived to find heavy flames shooting from the second story of the three-story row house.

There was no immediate word as to the ages of those who died. Neighbors say there were a number of children who lived inside the home. 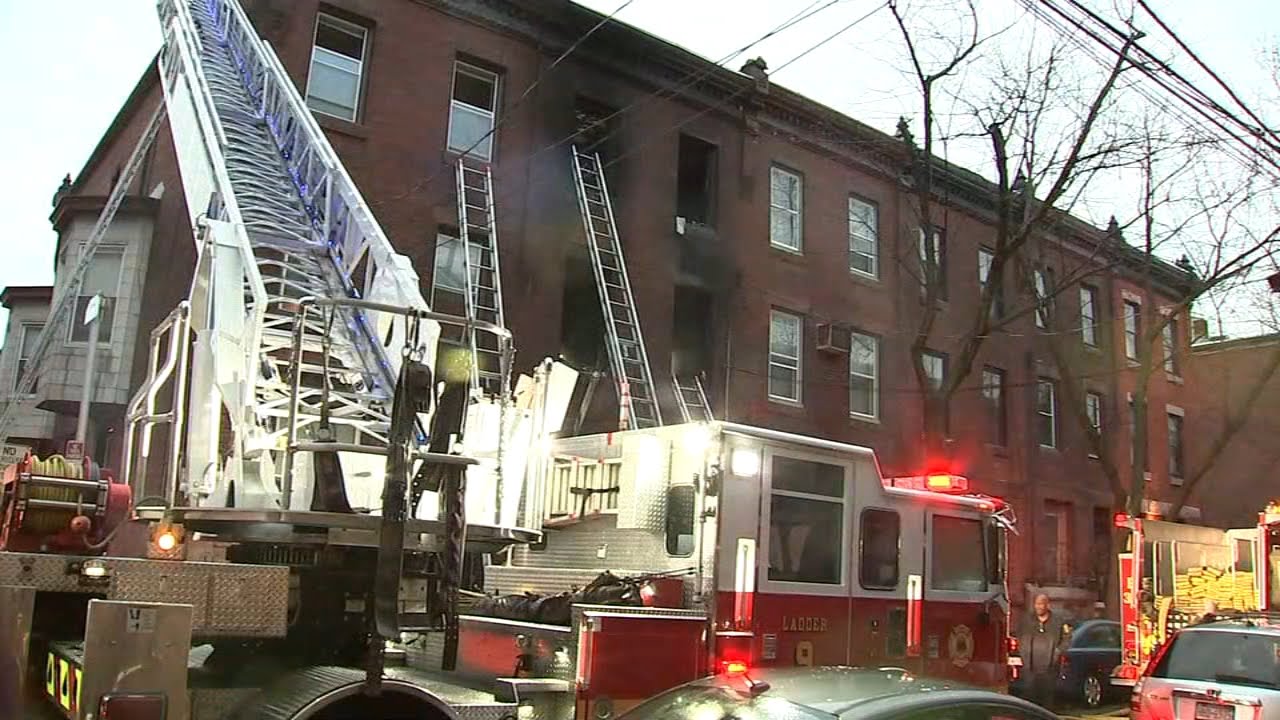 Firefighters arrived to find heavy flames shooting from the second story of the three-story row house.

The fire department said it took about 50 minutes to bring the fire under control. The view from the Action Cam and Chopper 6 showed multiple fire crews on the scene.

Philadelphia police say the house had been converted into two apartments.

The cause of this fire remains under investigation. It’s not yet known if there were working smoke detectors in the home. 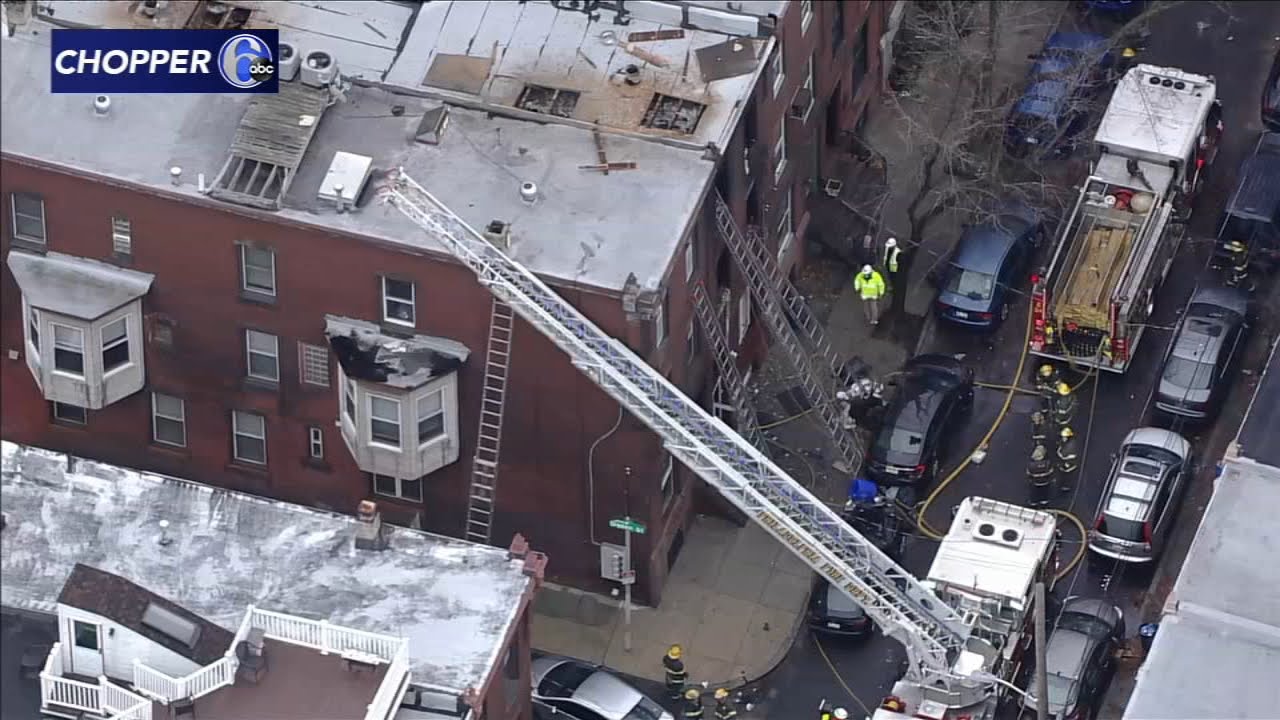 Chopper 6 over fatal fire in Fairmo
Mayor Jim Kenney was on location talking to fire crews. Action News reporter Katherine Scott said the mayor slumped when he heard the news.People could be seen sobbing uncontrollably outside the burned-out home.

Officials from the Philadelphia Housing Authorities were also on the scene.

Neighbors told Action News they woke up to smell the smoke and could hear the sirens. They looked outside to see the street lined with fire trucks.

A 36-year-old man was taken to the hospital with second-degree burns to his legs. He was reported to be in serious but stable condition.