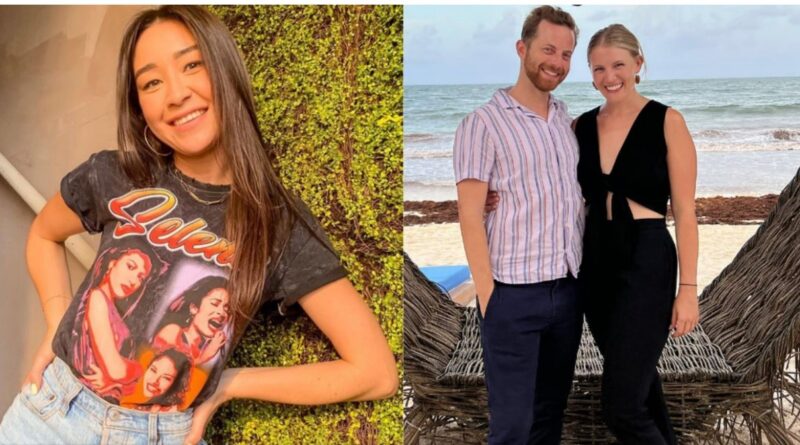 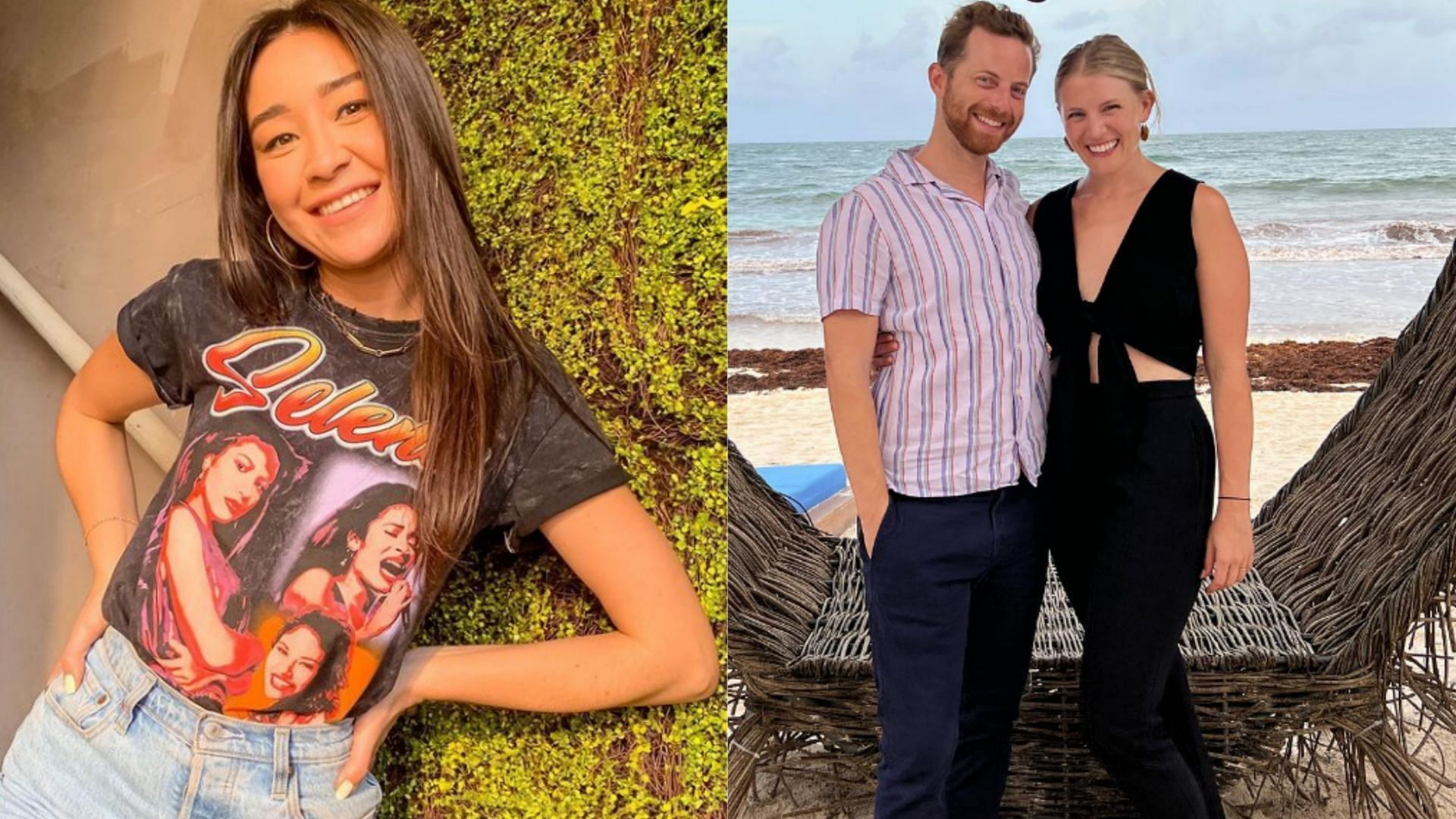 The Try Guys’ Ned Fulmer is receiving immense backlash on social media after a Reddit user claimed that he cheated on his wife, Ariel Fulmer. Netizens suspected that the father-of-two had an extramarital affair with Food Babies’ Alexandria Herring. This comes after the YouTuber has disappeared from the group’s recent projects.

News of Ned Fulmer cheating on his wife started to make headlines after Reddit user hamilton390 took to the platform claiming that he found the Yale-graduate kissing another woman in a New York club. The platform user also uploaded screenshots of his alleged conversation with Ariel Fulmer where he attached a video of Ned allegedly kissing someone in a red dress.

Meanwhile, loyal fans of the Food Babies noticed that Alexandria Herring’s fiancé Will Thayer removed all his photos with Herring from his Instagram account and set his account to private shortly after that. Twitter user @camitwomeyy also claimed that YB, who is the senior editor of the Food Babies unfollowed Herring and Fulmer on Instagram.

1) A thread on the Try Guys Drama for those who don’t want to go to Reddit: (remember this is just speculation nothing is confirmed right now) #tryguys pic.twitter.com/0kYjNz7lx0

On No They Didn’t reported that Thayer brought forward the cheating accusations on Reddit. However, the same has not been confirmed.

Speculation about the alleged affair began to worsen after fans noticed that Ned Fulmer disappeared from The Try Guys’ recent videos and podcasts. Fans also noted that the 35-year-old was missing from their channel’s video introductions.

Who is Alexandria Herring, the woman Ned Fulmer allegedly had an affair with?

The Los Angeles-native graduated from the University of Hawai’i with a degree in communications and anthropology. She went on to become an associate producer for The Try Guys and also a member of The Try Guys’ food challenge duo The Food Babies.

Prior to being part of The Try Guys’ solo channel, she met the popular YouTubers when they were part of Buzzfeed. Herring worked with the group on a series of videos where they promoted the movie The Shallows. Speaking about her experience working with them, she said in an interview:

“I was such a big Try Guys fan. I was so excited. I remember my first week working there, I was walking around getting a tour of the facilities and I was like, ‘Oh my God, it’s Keith’… And the guys are so great and so funny. It was really cool to see them in their element and nothing was scripted.”

Alexandria Herring has amassed over 49.4k followers on Instagram. She often showcases her travels and promotes videos The Try Guys put together. Pictures of Will Thayer and her together remain on her social media profile.

Internet users were stunned to hear the allegations. The Try Guys member has built a reputation for being devoted to his wife and adoring her in several of the group’s videos. Netizens were shocked to hear about the recent accusations against him.

Many compared him to Maroon 5 singer Adam Levine, who has dealt with his fair share of cheating accusations in recent days.

Netizens were quick to express their disappointment in Ned Fulmer and relentlessly attacked him online. A few tweets read:

not now sweetie, mommy’s trying to find out if ned fulmer from the try guys really cheated on his wife pic.twitter.com/phkP5f727N 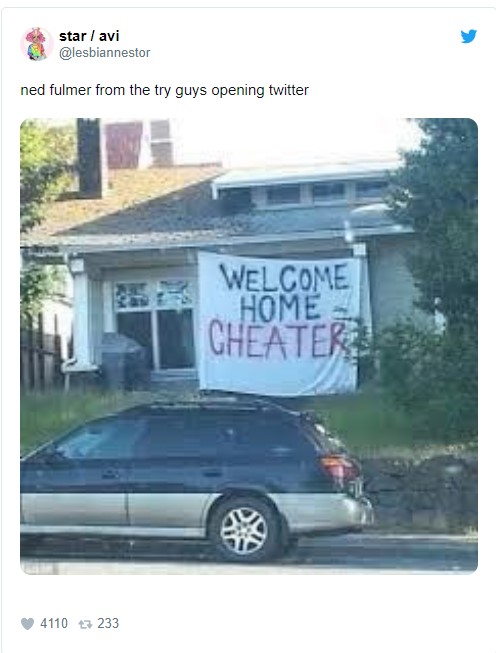 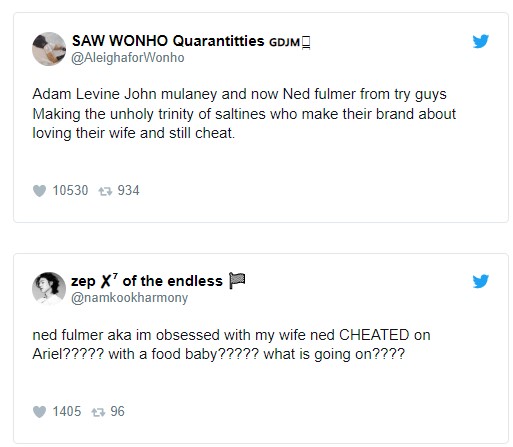 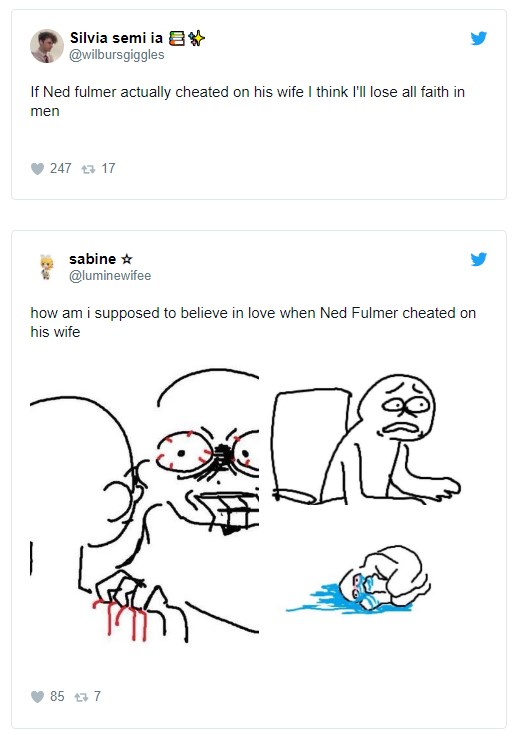 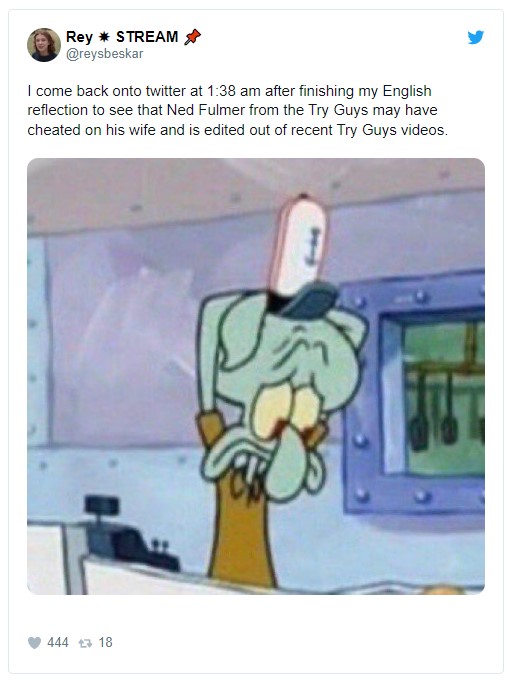 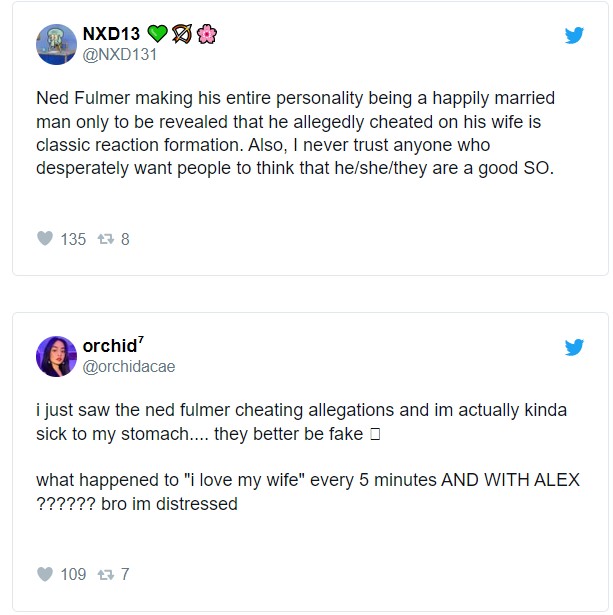 It is important to note that the cheating allegations have not been addressed by either of the parties involved.

Who is Ned Fulmer and who is his wife?