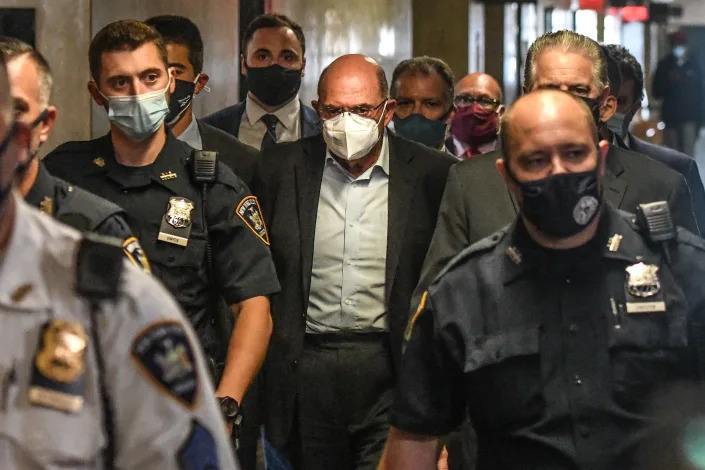 Allen Weisselberg walks toward a courtroom at criminal court in New York on Thursday. (Stephanie Keith/Bloomberg via Getty Images)

Allen Weisselberg, Donald Trump’s lesser-known right-hand man, has worked for the Trump Organization for nearly half a century, spending the last 30 years as its chief financial officer.

Now Weisselberg is facing the first criminal charges in a long-running investigation by Manhattan District Attorney Cyrus R. Vance Jr. into Trump’s business practices. Weisselberg turned himself in to authorities Thursday morning and has been charged with grand larceny in the second degree, to which he pleaded not guilty.

His indictment comes after a tax investigation into the fringe benefits he received, including a rent-free apartment on the Upper West Side of Manhattan, leased Mercedes-Benz cars and private school tuition for one of his grandchildren.

Weisselberg, now 73, began working as an accountant for Trump’s father, Fred Sr., in 1973 after graduating from Pace University with a degree in accounting and finance. Soon after joining the company, he started putting in extra hours at night and on weekends to assist Donald Trump on various projects, and he joined the younger Trump full-time in 1986, according to a 2015 deposition. 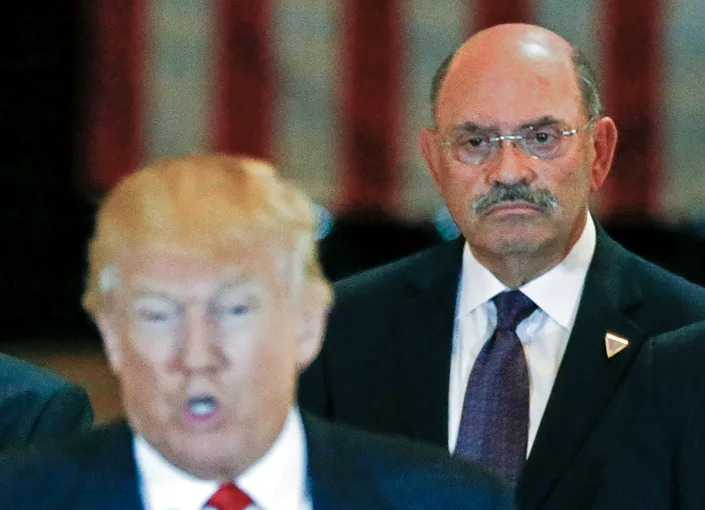 As CFO, Weisselberg has been dealing with Trump’s money across a wide portfolio of projects, which sometimes have a blurred line between personal and business matters. He helped Trump with tax returns, negotiated his loans, cosigned on bank accounts, handled the finances for Trump’s now defunct charitable foundation and oversaw spending decisions at the now shuttered Trump University. Former Trump campaign aides Corey Lewandowski and David Bossie wrote that Weisselberg “knows of every dime that leaves the building.”

In 2018, former Trump lawyer Michael Cohen told prosecutors that Weisselberg signed checks to him that were reimbursements for illegal hush money paid to adult film star Stormy Daniels to keep her from speaking out about an affair she had with Trump. Weisselberg was ultimately granted immunity after testifying before a grand jury.

His relationship with Trump extends to the personal realm as well. According to his ex-daughter-in-law Jennifer Weisselberg, who is now cooperating with investigators, the Trump Organization was at the center of the Weisselberg family’s universe.

“Allen would not take an hour or day off if Donald was in the office because I think he felt like he had to be there all the time,” Jennifer told NBC News. 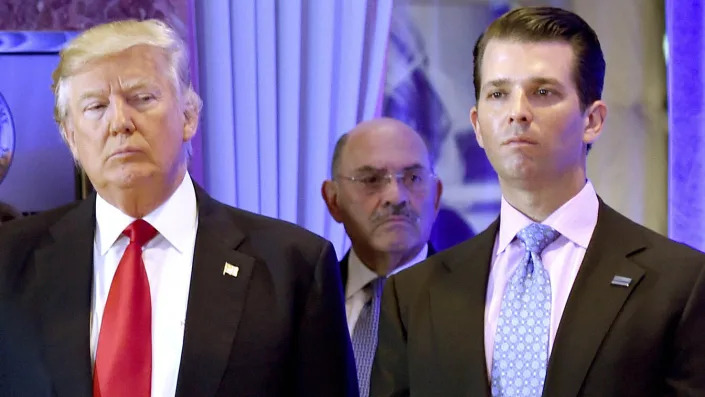 In an interview with the New Yorker, Jennifer recalled seeing the pair together all the time. “You walk down the hall, it’s Allen-Donald, Allen-Donald — they don’t do anything separately. Allen would know everything.”

She also described Weisselberg’s infatuation with Trump: “His whole worth is ‘Does Donald like me today?’ It’s his whole life, his core being. He’s obsessed. He has more feelings and adoration for Donald than for his wife.”

Allen Weisselberg’s two sons are also linked to Trump. Jack Weisselberg works at Ladder Capital, a commercial real estate trust that is a major lender to Donald Trump, according to Mother Jones. Barry Weisselberg managed Wollman Rink in Central Park, which was operated by the Trump Organization until earlier this year.

In 1978, Allen Weisselberg and his wife, Hilary, bought a modest home in Wantagh, N.Y., on Long Island, where they raised their sons. When Trump visited, he reportedly exclaimed, “This is where my CFO lives? It’s embarrassing!” The couple later moved into a luxury apartment building owned by Trump on the Upper West Side of Manhattan, which is one of the gifts under investigation in Weisselberg’s indictment.

While it is not illegal to present top employees with lavish gifts, fringe benefits can count as compensation subject to income tax, which has allegedly not been paid in Weisselberg’s case.