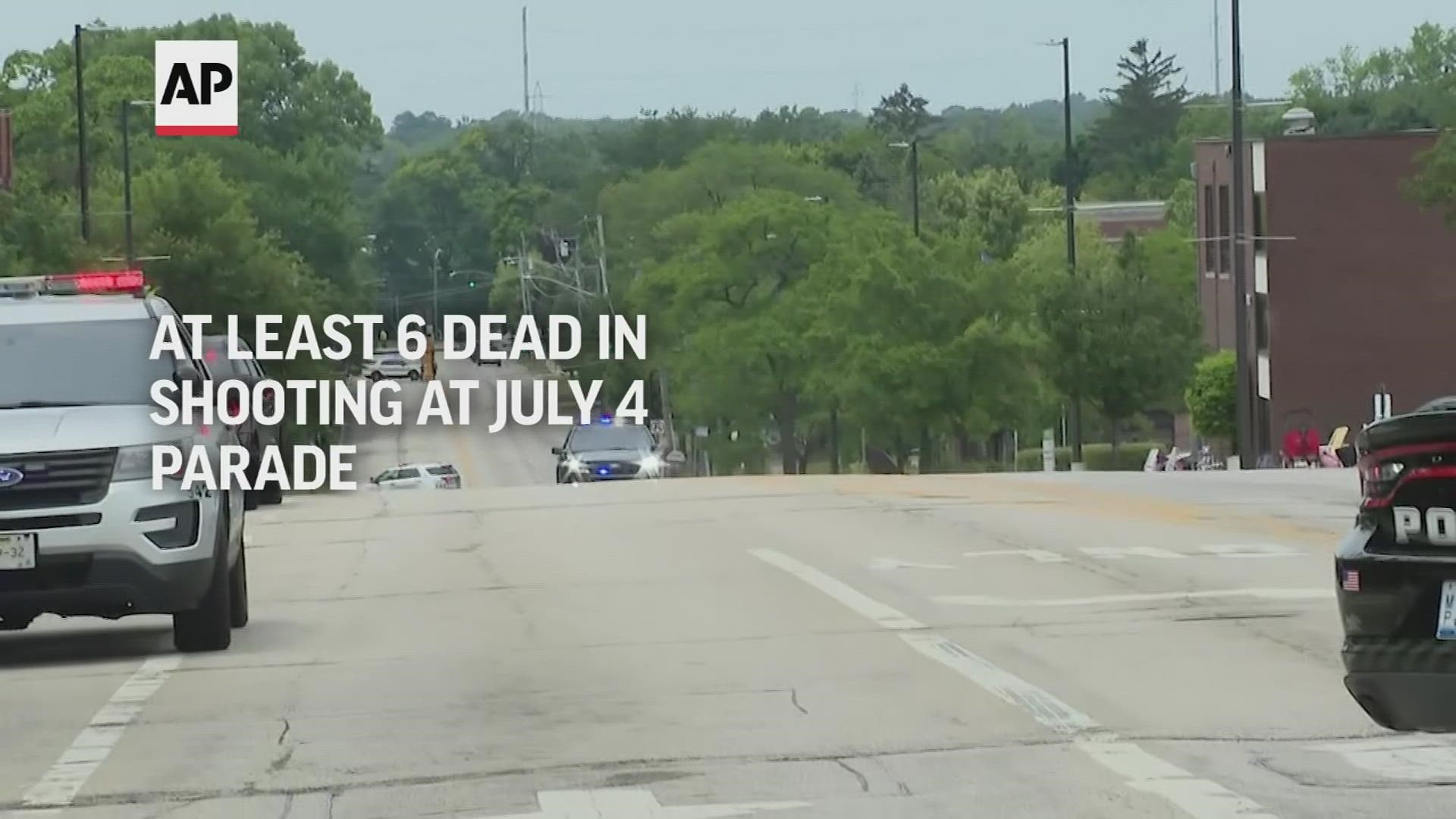 WASHINGTON — The nation was shaken once again on Monday following a deadly mass shooting at a Fourth of July parade in suburban Chicago. At least 6 people were killed and at least 30 were wounded.

Police say hundreds of marchers, parents with strollers and children on bicycles fled in terror when a gunman on a rooftop opened fire on the Highland Park parade.

Who is the July 4 parade shooting ‘person of interest’?

More than a dozen police officers on Monday evening surrounded a home listed as an address for Crimo in Highland Park. Some officers held rifles as they fixed their eyes on the home. An armored vehicle was also parked in the middle of the road.

During a press conference announcing Crimo had been taken into custody Monday evening, authorities said they believed he was solely responsible for the mass shooting at the parade.

An FBI wanted poster described his tattoos as including “four tally marks with a line through them on his right cheek, red roses and green leaves on his neck, and cursive script above his left eyebrow.”

The FBI poster also noted he has ties in Illinois to Rockford, DeKalb and Elgin 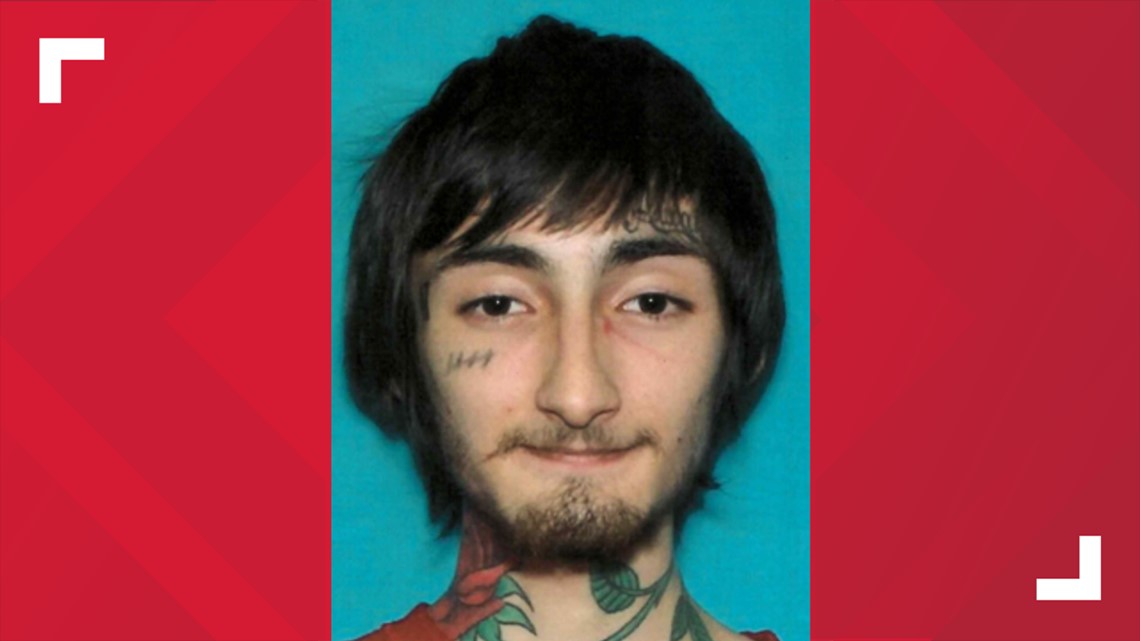 Credit: City of Highland Park
Highland Park Police Chief says they’ve identified Robert E. Crimo III, 22, as a person of interest in the shooting at a Chicago-area July 4 parade. The 22-year-old man is the son of Bob Crimo, the president of Bob’s Pantry & Deli in the same area of Highland Park, it is suggested by a Facebook post that Crimo III’s father also ran for president back in 2020.

There was a quick pursuit

Robert Crimo was stopped and detained without any problem in Lake Forest IL thanks to the quick-acting police department from the Chicago outskirts following a massive manhunt that ended with the detention of Crimo who was driving a 2010 Honda Fit and tried to use vehicle evasive maneuvers to no avail.

He is an aspiring rapper

Crimo used the pseudonym “Awake the Rapper” and the topic of his messages are somewhat preocupating, since the imagery shown is of stick-figured man covered in tactical gear being shot at by law enforcement, as we can see in the following video.

Lyrics to his music have an aggressive and suggestive connotation

“Like a sleepwalker, I am unable to stop and think,” he raps. “My actions will be valiant and my thought is unnecessary. I know what I have to do, I know what’s in it, not only for me but for everyone else.”

He elaborates that there are no consequences to his actions

“There is no past or future, just the now,” he continues “It is more abstract than I can ever imagine. I can feel the atmosphere pushing me in. It’s unstoppable, like a wave pulling me under, I can’t breathe without it.”

He insisted he needed to leave

“I need to leave now, I need to just do it. It is my destiny, everything has led up to this,” the shooter adds. “Nothing can stop me, not even myself. Is there such thing as free will, or has this been planned out, like a cosmic recipe?”

At this time he is being interrogated by the Highland Park PD and investigators are at the precinct, there is still more to be known.

What happened in Highland Park?

The shooting occurred at a spot on the parade route where many residents had staked out prime viewing points early in the day for the annual celebration. Dozens of fired bullets sent hundreds of parade-goers — some visibly bloodied — fleeing. They left a trail of abandoned items that showed everyday life suddenly, violently disrupted: A half-eaten bag of potato chips; a box of chocolate cookies spilled onto the grass; a child’s Chicago Cubs cap.

Highland Park shooting: Everything we know about gunfire at July 4 parade in Illinois