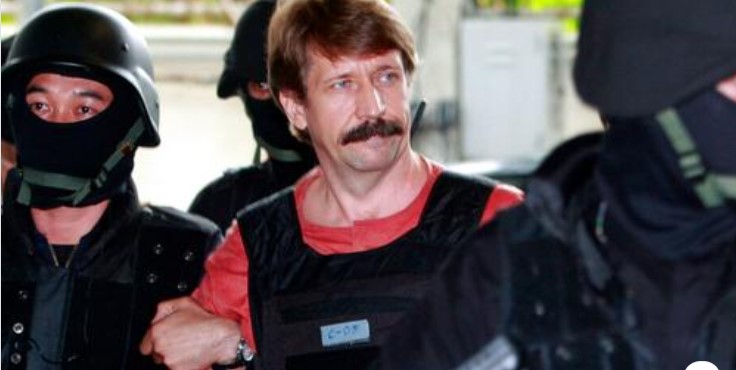 Nicknamed, the “Merchant of Death,” movies have been made about infamous arms dealer.

HOUSTON — His name has been at the center of conversations about freeing Houston native and WNBA star Brittney Griner since she was arrested on drug charges in Russia when cannabis oil was found in a vape canister in her luggage earlier this year.

Nicknamed, the “Merchant of Death,” movies have been made about infamous arms dealer Viktor Bout, 55, who has been in a U.S. prison for more than a decade.

Bout was a businessman who was imprisoned after a U.S. sting operation. The former Soviet air force officer is accused of supplying weapons for civil wars in South America, the Middle East and Africa, according to the Associated Press. His clients were said to include Liberia’s Charles Taylor, longtime Libyan leader Moammar Gadhafi and both sides in Angola’s civil war.

He was convicted in 2011 on terrorism charges. According to the Associated Press, prosecutors said he was ready to sell up to $20 million in weapons, including surface-to-air missiles to shoot down U.S. helicopters. When they made the claim at his 2012 sentencing, Bout shouted: “It’s a lie!”

Bout has maintained his innocence over the years. He has said he is in fact a businessman and did not sell weapons.

In his fight for freedom, Russia has cited Bout’s case as a human rights issue. His wife and lawyer said his health is deteriorating in the harsh prison environment where foreigners are not always eligible for breaks that Americans might receive, according to the Associated Press.

Several Russian groups were working to see if Bout could qualify for transfer to Russia to serve the rest of his sentence.

He was being held in a medium-security facility in Marion, Illinois. Bout was scheduled to be released in August 2029.