He had been a member of the department for two years, and was fatally shot while trying to pull over a car with expired tags about 10:40 a.m. near 21st Avenue and Clay Street, law enforcement officials said.

Vasquez was the first North Kansas City police officer to be killed in the line of duty, Police Chief Kevin Freeman said Tuesday. He called Vasquez a “shining star” for the department.

“It’s going to be a struggle for a while for our officers to come to terms with this,” Freeman said. 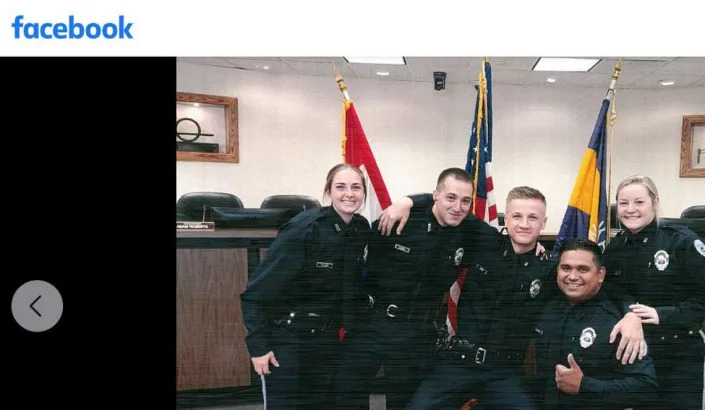 Vasquez joined the North Kansas City Police Department in January 2021 as a recruit officer, according to a Facebook post from the department.

He was promoted to full officer status after he graduated from the Regional Police Academy in July 2021.

Before Vasquez became a police officer, he worked as a security officer for the Independence Avenue Community Improvement District, according to a story in the Northeast News. The story reported that Vasquez received special recognition from his employer for outstanding service, and quoted him saying it was his goal to join the police force.

After the shooting Tuesday, Vasquez was taken to a hospital by ambulance and transported to University of Kansas Health System in Kansas City, Kansas, according to Clay County Sheriff Will Akin. Hours later, the police chief announced Vasquez had died.

Earlier in the afternoon, North Kansas City Mayor Bryant DeLong became emotional while speaking at a news conference about the shooting.

“Every day, our officers put their lives on the line to protect and serve our community and today one of them was hurt doing just that,” he said. “The North Kansas City community’s hearts are with the officer and his family. 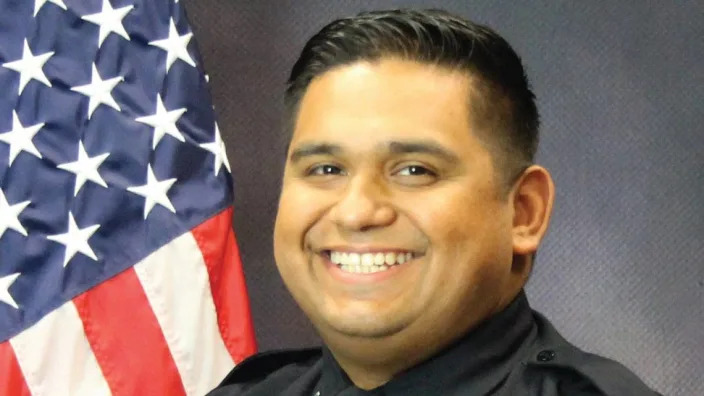