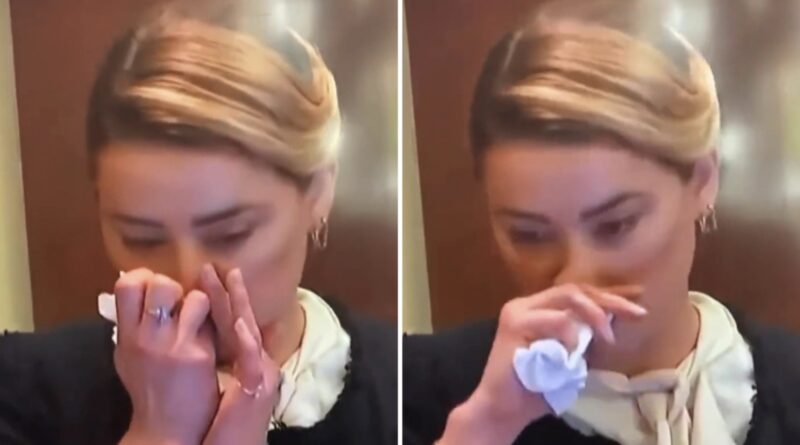 American actress, model and activist Amber Heard has had nothing short of a tumultuous past. Now, in the midst of a $50 million defamation trial with former husband Johnny Depp, Brian Kilmeade investigates … Who Is Amber Heard?

The chances of Amber Heard going to prison as a result of the defamation case ex-husband Johnny Depp brought against her is unlikely, experts told Fox News Digital.

“You don’t go to jail as a result of a civil finding,” First Amendment attorney George Freeman of the Media Law Resource Center said. “The only way what happened so far in Virginia could lead to jail is if she’s accused and convicted of perjury, which there has been no official accusation of and which seems quite remote.”

Amber Heard testifying May 4, 2022, at Johnny Depp’s defamation trial against her. (Elizabeth Frantz/Pool/Reuters)

In Freeman’s more than four decades as a First Amendment attorney, he has never seen a person charged with perjury in a civil case, he said.

The internet has been abuzz with speculation Heard could land behind bars over the lawsuit after she spent two days on the stand chronicling years of abuse, including claims Depp allegedly raped her with a liquor bottle and forcibly performed a “cavity search” on her.

Her testimony in Fairfax County Circuit Court in Virginia has featured sobbing and exaggerated facial expressions that have struck some critics as inauthentic.

Depp, 58, is suing Heard, 36, over a Washington Post op-ed she wrote identifying herself as “a public figure representing domestic abuse.”

The “Pirates of the Caribbean” star said the allegations are a lie and ruined his reputation and career. Heard is countersuing him for $100 million, accusing him of defaming her for calling her claims of abuse a hoax.

Even if the seven-person jury finds in Depp’s favor, it doesn’t prove that Heard lied, experts told Fox News Digital.

Freeman said many civil cases are he-said, she-said disputes, and the two sides simply have a different perception of reality, as is often the case in messy divorces.

Civil and criminal defense lawyer Tim Parlatore told Fox News Digital that for a perjury charge to stick, prosecutors would have to prove beyond a reasonable doubt that Heard “intentionally said something that wasn’t true and knew that it wasn’t true,” which is a tough standard.

A perjury conviction in Virginia carries a penalty of up to 10 years, he said.

Virginia-based civil attorney Broderick Dunn added that there’s also a hesitancy on the part of law enforcement to pursue perjury charges against people who’ve fabricated allegations of sexual assault for fear legitimate victims will be discouraged from coming forward.

“There are a lot of perjury cases that could be brought that aren’t to prevent a chilling effect on people with domestic violence claims,” said Dunn, who was not referring to Heard.

It could lead to rape victims fearing that no one will believe them or that they could end up in jail for reporting their attackers, Dunn told Fox News Digital.

Parlatore said this case is further complicated by the litigants’ profession.

“All of the normal ability to judge a witness’s demeanor and truthfulness goes out the window when you have professional actors on the stand,” he said.

What Was Amber Heard Doing With Her Nose on the Stand During the Johnny Depp Case?