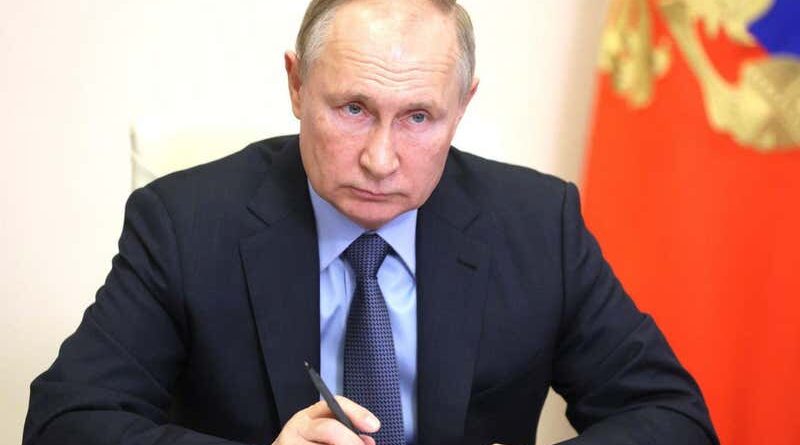 Nuclear conflict is a distinct but remote possibility as global tensions are ratcheted up by Russia’s faltering invasion of Ukraine, warn experts. Russian president Vladimir Putin is in a vulnerable and unpredictable position as he contends with a lacklustre economy, increasing dissent among his citizens and, now, the potential for military defeat.

On 27 February, Putin raised Russia’s nuclear readiness system level by ordering his forces to take a “special regime of combat duty”. Patrick Bury at the University of Bath, UK, says this announcement was unusually vague, counter to the typical nuclear deterrence strategy of acting clearly and transparently as a warning to others. He and fellow academics and analysts assumed that the country would have been at level 2 of Russia’s four level system already, given the situation in Ukraine.

But Putin’s announcement is being widely interpreted as a move from level 1 (stood down) to level 2 (ready to accept an order to fire). Bury believes we are closer to nuclear conflict now than at any point since the Cold War tension of the 1980s. “Putin has poked a sleeping giant,” he says. “The West has responded massively.”

This response included Western nations sending weapons and aid to Ukraine, while stronger than expected economic sanctions from around the world are piling on the pressure against Putin. If Russia’s invasion fails now he could be removed from power, or even killed in a coup, which Bury warns is a situation that backs Putin into a corner.

Bury puts the odds of a nuclear detonation as a result of this crisis at between 20 per cent and 30 per cent, but points out that it need not lead to all-out nuclear war. Instead, we could see a low-yield device used against the military in Ukraine, or even a large device detonated at sea simply as a show of force.

David Galbreath at the University of Bath, UK, says that the conflict is about more than Ukraine, and in reality is a flexing of Russian muscles against what Putin sees as the growing threat of cooperation in the European Union and NATO.

Galbreath says it was obvious in the build-up to the invasion that the types of personnel and weapons amassing at the border were the type one would deploy to quickly strike Kyiv, oust Ukrainian president Volodymyr Zelenskyy and install a puppet leader – not those needed to occupy a country.

If this was the plan, it has already failed. And therefore we may now see the use of stronger military options that are available to Putin, such as electronic warfare that can cripple enemy surveillance and vehicles, and sophisticated anti-aircraft missiles that would prevent Ukraine from defending its airspace – currently Ukraine is still able to launch its aircraft and dogfights with Russian aircraft continue. Nuclear weapons are also a possibility, but only as a last resort, says Galbreath.

“In terms of military action, I think what we’ve seen so far is fairly limited. I think they’re going to get heavy next. And I think we need to prepare for far worse casualties,” says Kenton White at the University of Reading, UK.

White points to Russia’s military tactic of maskirovka, or disinformation, which the country has already used during the invasion. In an extreme case, White says this could stretch to a false flag operation such as the detonation of a small nuclear bomb outside the Ukraine border, which is blamed on NATO.

“There’s a lot of talk about rationality of action when you’re discussing nuclear deterrence,” says White. “Well, president Putin has a rationality all of his own.”